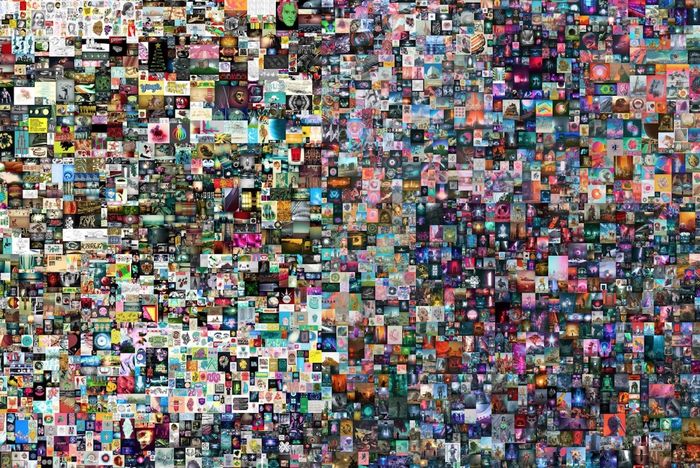 The world of contemporary art originated at the intersection of NFT technologies and good old fine art. NFT (non-fungible token) – a non-fungible, unique token – a type of cryptographic tokens, each copy of which is unique and cannot be exchanged or replaced by another. The growth of the NFT ecosystem and its rapid ascent to the global cultural stage can in part be explained by the shutdown of our physical world during the COVID-19 pandemic. As galleries closed their doors to their communities, NFT as a digital medium and the concept of a metaverse began to resonate with collectors around the world who were looking for new cultural experiences. Today we will talk about the most expensive NFTs, so – the top 10 Most expensive NFTs.

This is a digital artwork created by Mike Winkelmann, professionally known as Beeple. The work is a collage of 5,000 digital images created by Winckelmann for his Everydays series.

HUMAN ONE is a hybrid digital and physical work by the artist Mike Winkelman, who is already known to us, depicts a walking man in a spacesuit against the backdrop of space landscapes.

Next come the cryptopunks from Larva Labs, one might say, the synthesis of cryptoaesthetics, its personification. Masked Alien #7523 is one of nine alien cryptopunks. He is the only one with a mask, symbolizing the COVID-19 pandemic.

CryptoPunk #7804 – cryptopunk from the same Larva Labs – an alien with a pipe.

Another work of Beeple already known to us. The buyer of Delphine Lucas, in truth, is a pseudonym and the name of the real owner is unknown, everything is in the spirit of blockchain technology.

Viewing the following work is dangerous for the eyes, it depicts a dynamically changing portrait of a person.

Beeple did his best, 4 out of 10 works belong to him. The picture shows a pile of shipping containers, campers and old buses.

CryptoPunk #5217 is one of 24 orange-capped cryptopunk monkeys.

The painting depicts Snowden’s face taken from the pages of a US appeals court ruling that the mass surveillance program exposed by Snowden violated US law.