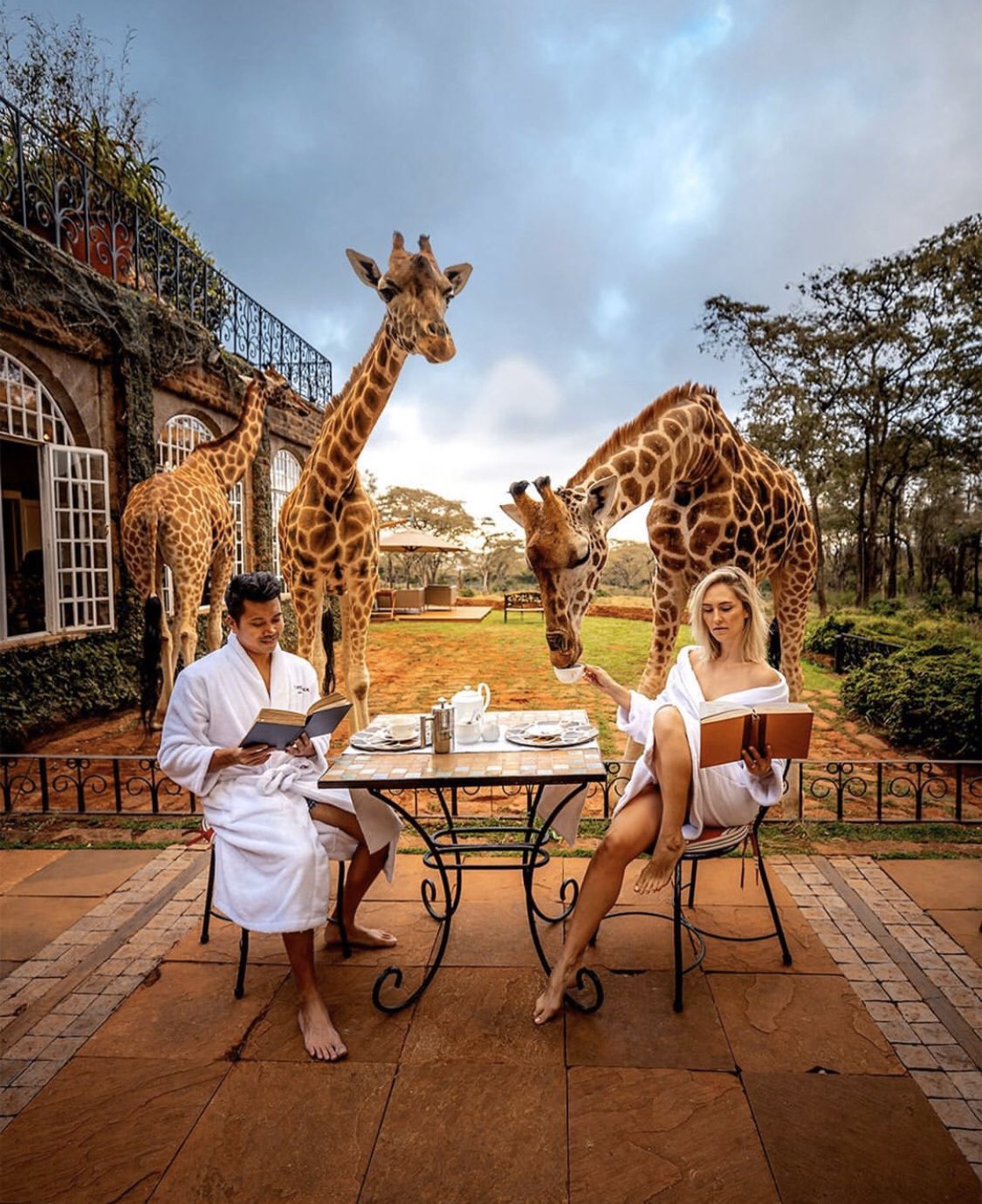 Giraffe Manor is a unique hotel in the Langata suburb of Nairobi, Kenya. It’s known for its herd of endangered Rothschild giraffes that live throughout the castle’s vast grounds. Every day at 9:00 a.m. giant animals walk home and poke their heads through windows and doors in search of morning treats. Guests could feed the giraffes from their breakfast table, take pictures of them, and interact with the animal through the open window in the front door and even the second floor bedroom window. This is the only place in the world where you can share breakfast with the tallest animal in the world.

Giraffe Manor was created in 1932 by Sir David Duncan on 150 acres of land along the Mbagati River, on the southern border of the city of Nairobi. In the 1960s, Giraffe Manor was bought by a local investor who leased it to a group of people, including the late Dennis Lakin. After some time, it fell into disrepair, deprived of care and funding.

In 1974, Jock Leslie-Melville, grandson of the Scotsman Earl and his American wife Betty, who also founded the African Foundation for the Conservation of Wildlife (AFEW), purchased the Manor. They moved two rare Rothschild giraffe cubs here, where they flourished and produced several further generations of giraffes.

When Jock died, Betty decided to open Giraffe Manor to the public. Today, many tourists visit this place during their East African Safari. Some stay here for several weeks, and even come back and become old friends with the owners of the hotel.

Giraffe Estate is surrounded by 140 acres of native forest and is home to many species of birds, animals and insects.

You can also read this article that can give you positive emotions.