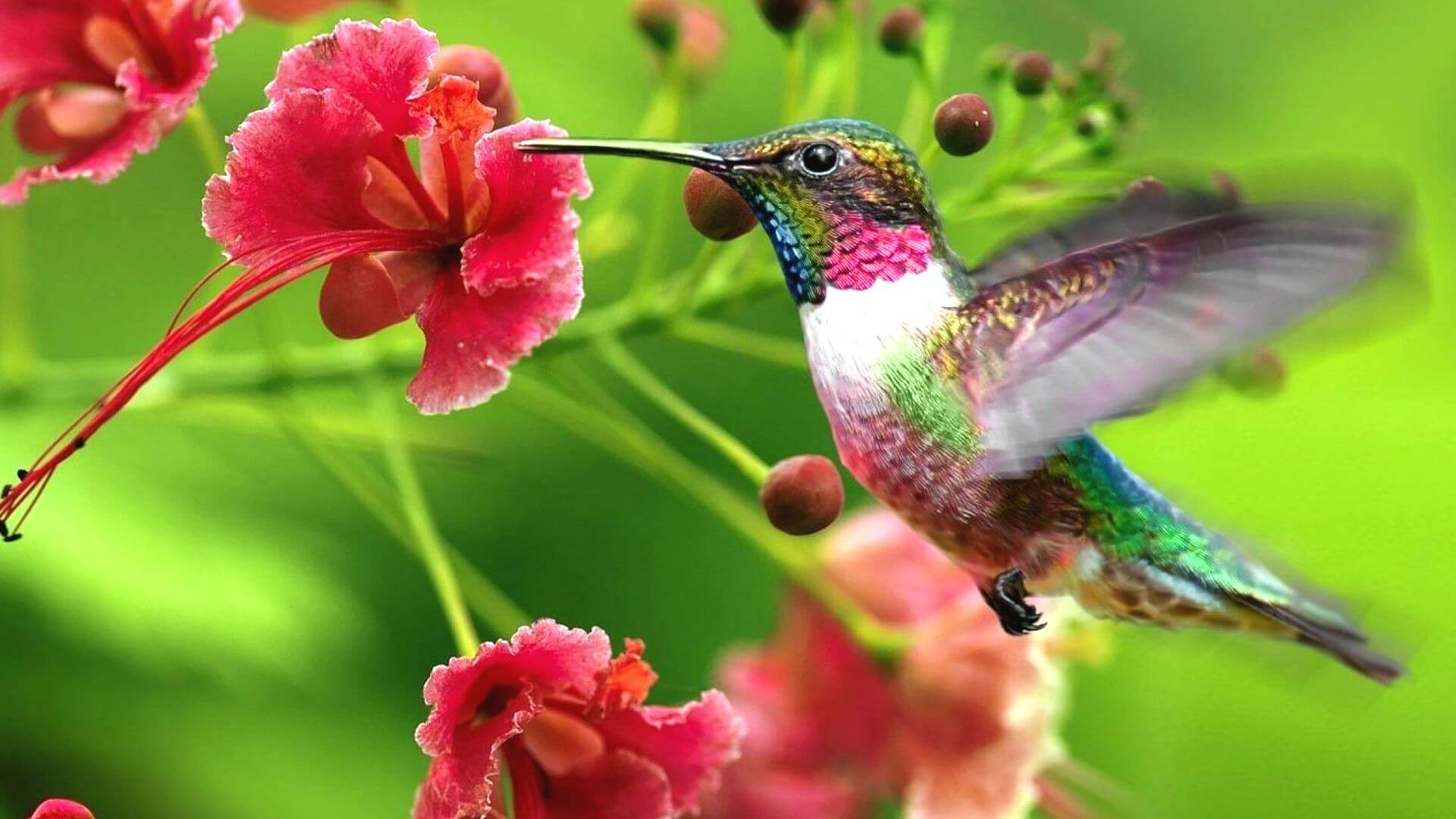 1. There are over 300 varieties of hummingbirds in the world. At first glance, these birds are very delicate and fragile, however, they are the hardiest in the entire animal world. There are hummingbirds in a variety of climatic conditions: Arizona, the coast of Nova Scotia, Argentina, even Alaska. An interesting fact: hummingbirds live only in the New World.

2. On average, the length of a hummingbird is 5.7 centimeters, and most of the body is occupied by the tail and beak. The hummingbird weighs approximately 1.5 grams. The length of the largest representative of this family is 20 centimeters. Hummingbirds live for about 9 years.

3. The hummingbird has an incredibly developed heart, its volume is three times the size of the stomach and takes up half of the already tiny body. This is due to the fact that these birds lead a very mobile lifestyle, and also have a very fast metabolism. We also note that hummingbirds have several times more red blood cells than other representatives of birds.

4. The heart of a hummingbird beats at an incredibly high frequency, 500 beats per minute (and this is at rest, and in some species it can reach 1000), and during the life of this crumb, the heart contracts 4.5 billion times, which is almost two times more beats than a human heart beats in 70 years.

5. Hummingbirds need a lot of food. The daily norm of food exceeds the weight of a hummingbird twice. It is clear that this is the only way they can maintain such a fast metabolism and a stable temperature of their bodies. The diet of a hummingbird is flower nectar and small insects.

6. The flight speed of a hummingbird reaches 80 kilometers per hour, while they make 8-10 flaps of wings in one second. The wings move so fast that they are almost invisible. They hover motionlessly over the flower only due to the incredible speed of their wings.

7. Using a camera that can capture brief moments, an interesting moment was captured when the hummingbird entered the peak. As a result, stunning data were obtained: the speed of the bird is 400 of its bodies per second. If we compare the speed and body length of a hummingbird, it turns out that their ratio is much higher than that of a fighter with afterburner turned on and that of a space shuttle when passing through the earth’s atmosphere. At the moment of exit from the peak, the hummingbird shows such instant braking, which is beyond the control of other living organisms conquering the airspace.

8. These little birds never pair up. Responsibilities for family affairs fall entirely on the “shoulders” of the female. She herself builds a nest and later raises the chicks. A female hummingbird usually lays two eggs and very rarely one.