Where do penguins live? 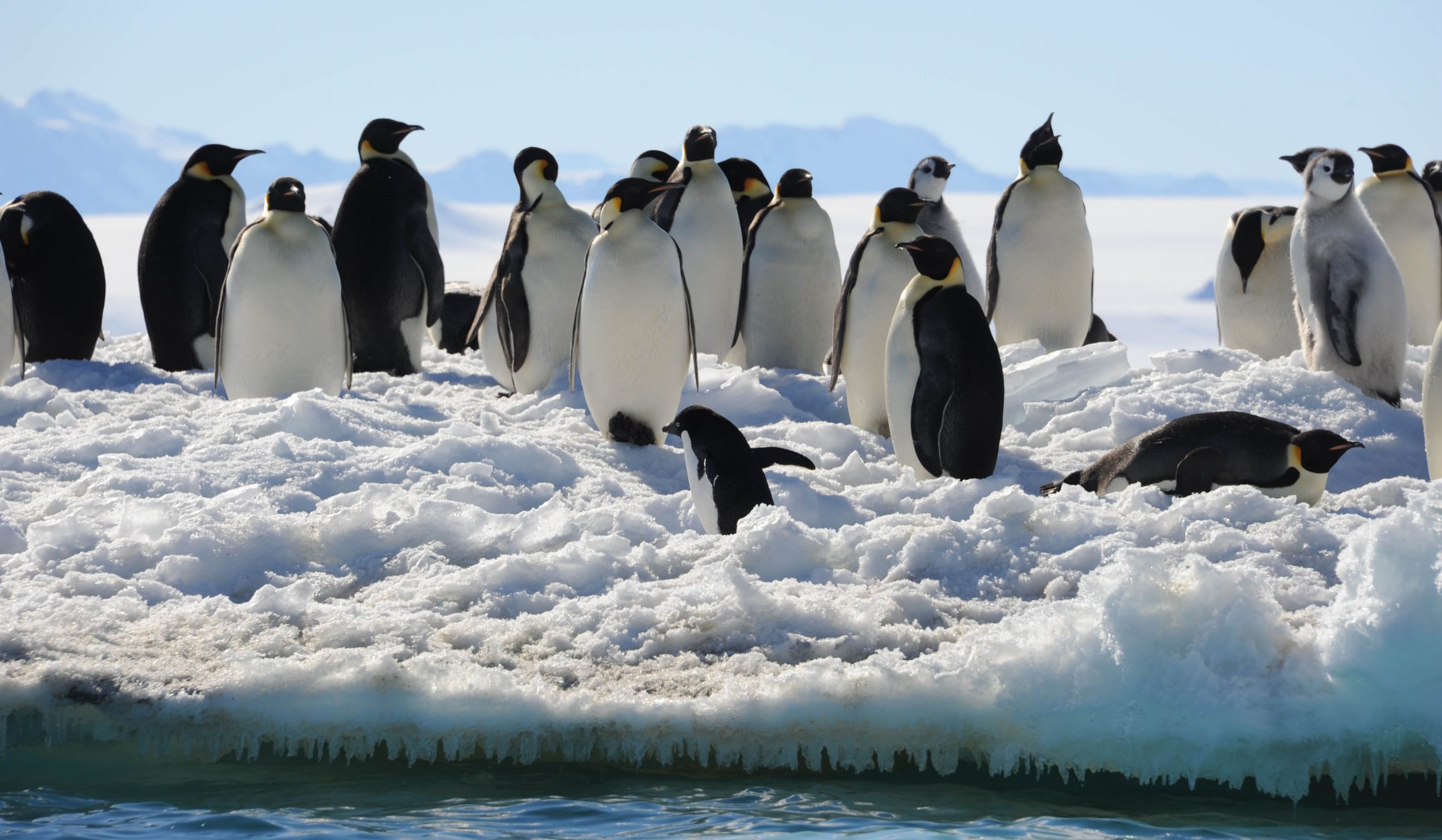 There is one interesting species of birds on earth, seeing which, few people can remain indifferent. Some interesting facts about non-flying sea birds – penguins.

Not all people know where penguins live, and sailors cannot distinguish most of their species.

Penguins are a species of wingless, waterfowl that live in their natural environment and only in the lands of the southern hemisphere. But it also happens that penguins, getting their own food, sail far from their home (read “The penguin’s compass broke”). In terms of bone density, penguins are very different from other birds and are similar to marine mammals. Penguins vary in size. The largest – the emperor penguin (weighing 35-40 kg) – reaches a length of 117 cm. The smallest – the small penguin has a length of 40 cm.

Penguins appeared on Earth a very long time ago: at the beginning of the Cenozoic era, 60 million years ago, and possibly even earlier. There are 18 species of penguins in the family. They do not know how to fly at all, but they swim and dive very well. For example, spectacled penguins dive to a depth of 130 m.

Some rare species can survive in temperate and even tropical latitudes. In general, penguins are designed to live in the sea. And, for example, Krasnoyarsk penguins walk on the street. If you notice that the penguin has fallen, so what, it doesn’t happen to anyone.

Penguins really do not like loneliness, and therefore, even at sea, they always keep in groups. During reproduction, they form huge colonies. The chicks are hatched on dry land. A hole is made for the nest. The only ones who do not have nests are emperor and king penguins.

Large penguins incubate only one egg, rock penguins often two. The pubescent chicks hatch all in one day, after 33 – 62 days of incubation. Among the penguins, there are almost completely fish-eating species. These are the Galapagos and Magellanic penguins, as well as the Humboldt penguin.

Some photos of these unusual, interesting birds we offer to look at the photo.