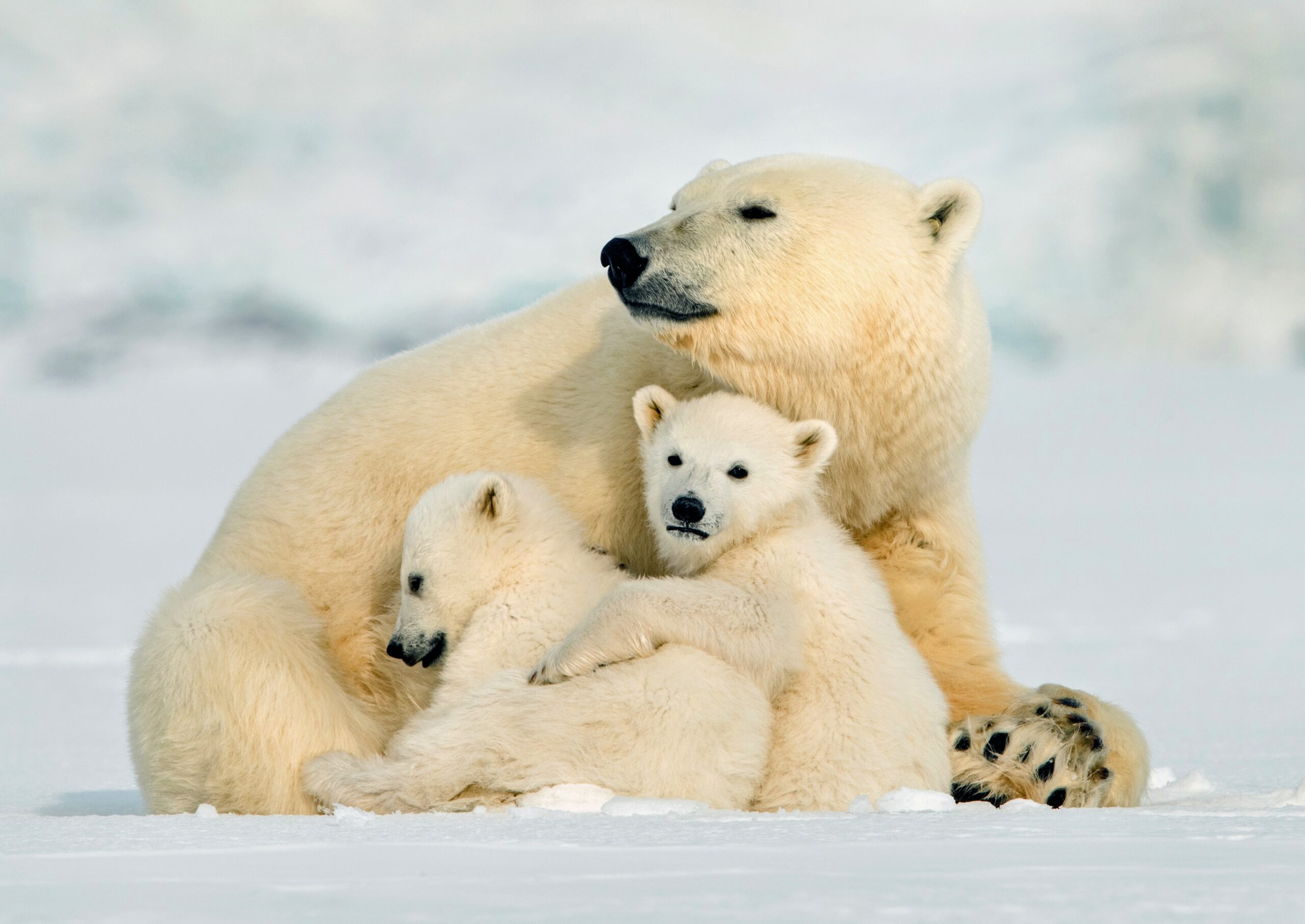 If the brown bear is the owner of the forest, then the white one, is the lord of the Polar Regions. This huge creature has an unpredictable nature, so local hunters know that you need to keep your eyes open with a polar bear. They easily and almost instantly move from a state of rest to a state of rage, and an attacking polar bear will make even an experienced hunter turn gray with fear.

The polar bear is the largest land predator on Earth. The mass of an adult polar bear can reach 0.7 tons, and the body length can exceed three meters. A newborn white bear cub weighs only about 1 kg. Polar bears are excellent swimmers. The officially registered record is 687 kilometers on water, covered by a polar bear without stopping to rest.

Polar bears often travel on drifting ice floes. They are endangered due to both poaching and constant ice melt.       The sensitive nose of a polar bear allows it to smell prey at a distance of up to one and a half kilometers, hidden under a meter thick snow.

Adult polar bears lead a solitary life, but friendly relations can arise and be maintained between them. The fur of the polar bear is covered with a greasy water-repellent layer, so that while swimming, these animals do not get wet. Polar bears have webbed feet on their feet to help them swim. The swimming speed of an adult polar bear is about 10 km/h. They spend more time in water than on land.

Despite their impressive size, they can reach speeds of up to 40 km/h while running.

Brown bears dig dens in the ground, and white bears dig in the snow, and such a den usually has several rooms and even an exhaust hood.

Brown and polar bears can interbreed and produce hybrids, as they are related species – they had common ancestors.