Story about friendship of a bear, lion and tiger 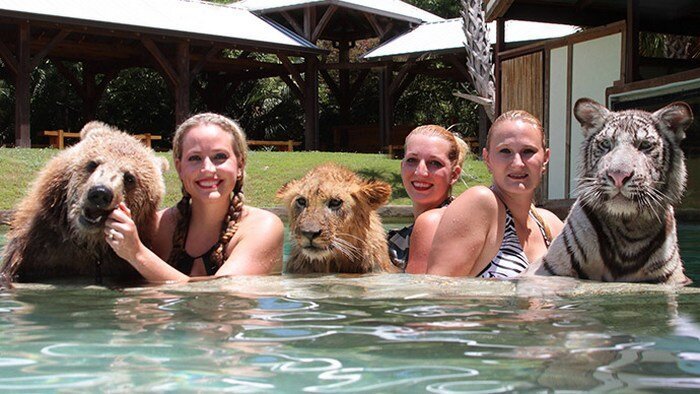 In this article we will tell you a story about the real friendship. The bear, lion and tiger become step brothers and live together for about 15 years. This is really cute story about strong friendship between different types of animals.

Bear named Baloo, Leo the lion and Shere Khan the tiger have been living together for 15 years in Georgia. They were saved from the basement of a house in Atlanta during a police raid by the drug police.

They were kept in appalling conditions, and after that their friendship became stronger and they spent every happy day together.

Animals were placed in an unusual shelter, where they still live. Coming from three different continents, such animals would never meet each other in the wild, but despite their distinct differences, the animals live like brothers.