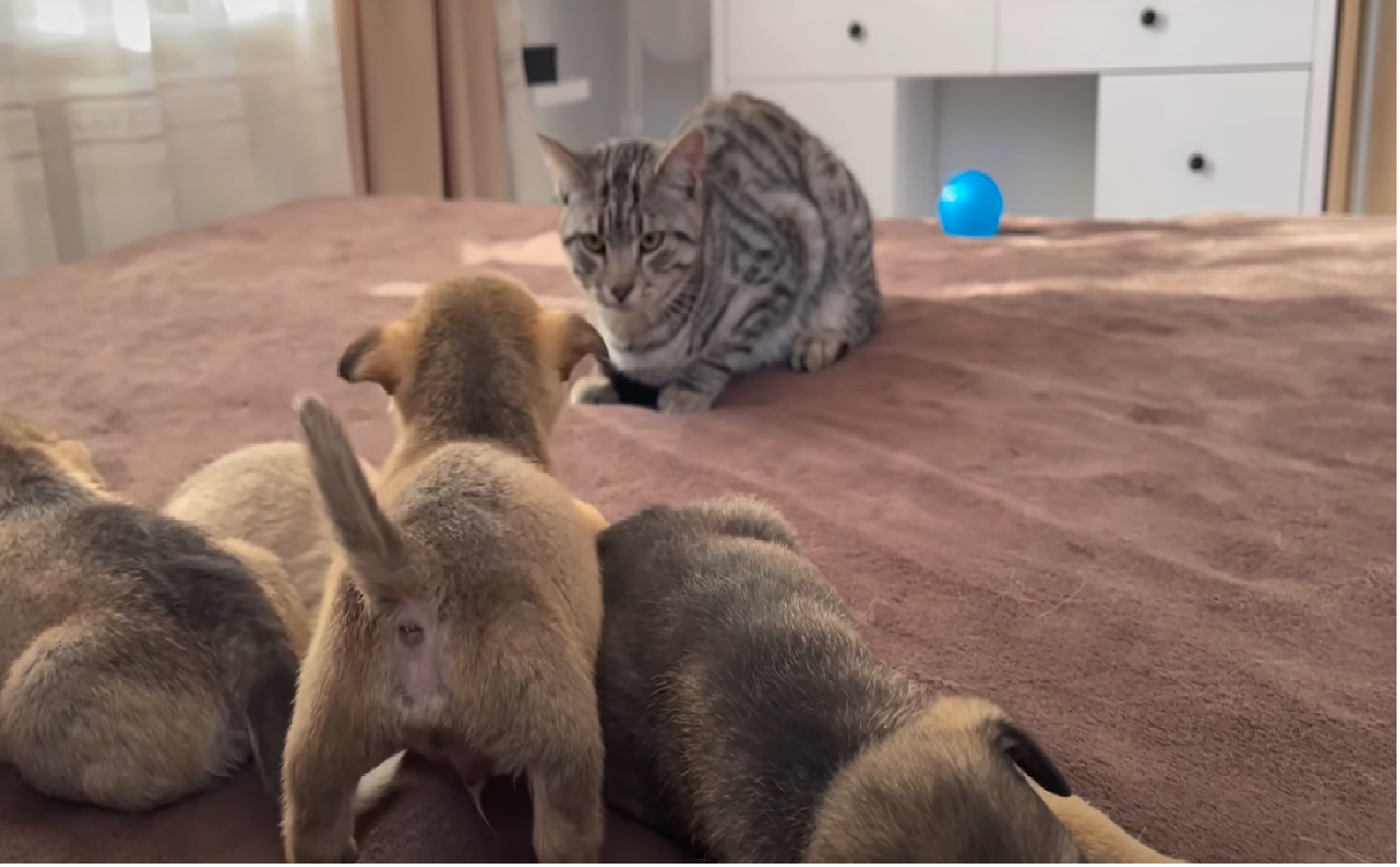 Taras lived with his partner, several pet dogs and a cat in Costa del Sol, Spain. The siblings had an incredible bond and always showed a gentle nature towards other pets.

Recently one of his dogs gave birth. So, Taras wanted to introduce the kids to the cat. So, the owner placed all the puppies on a huge bed, where his domestic cat was resting.

Most puppies decided to take a break and were probably in their own sweet world daydreaming about food. However, after one of the puppies woke up and approached the cat, he woke up the other siblings.

A cute but naughty puppy decided to playfully annoy a beautiful tabby cat. He followed the cat around the bed as if she were his mother and bit the cat’s body several times.

The poor animal was a little taken aback by the impudence of the puppy and moved away. However, this did not make the baby leave. He repeatedly harassed the cat and continued to annoy her in his own cute way.

The cute puppy wagging its tail looked adorable. The cat wanted to avoid the puppy at all costs, but the little creature didn’t want to leave her. Instead, the naughty puppy wanted to play with her.

He climbed onto the cat’s back and continuously wagged his tail. It seemed that the cute puppy was trying to give the cat a back massage, thinking that the cat would succumb to his charms.