“Donkey Dog” brings and is house trained, just like his K9 siblings. 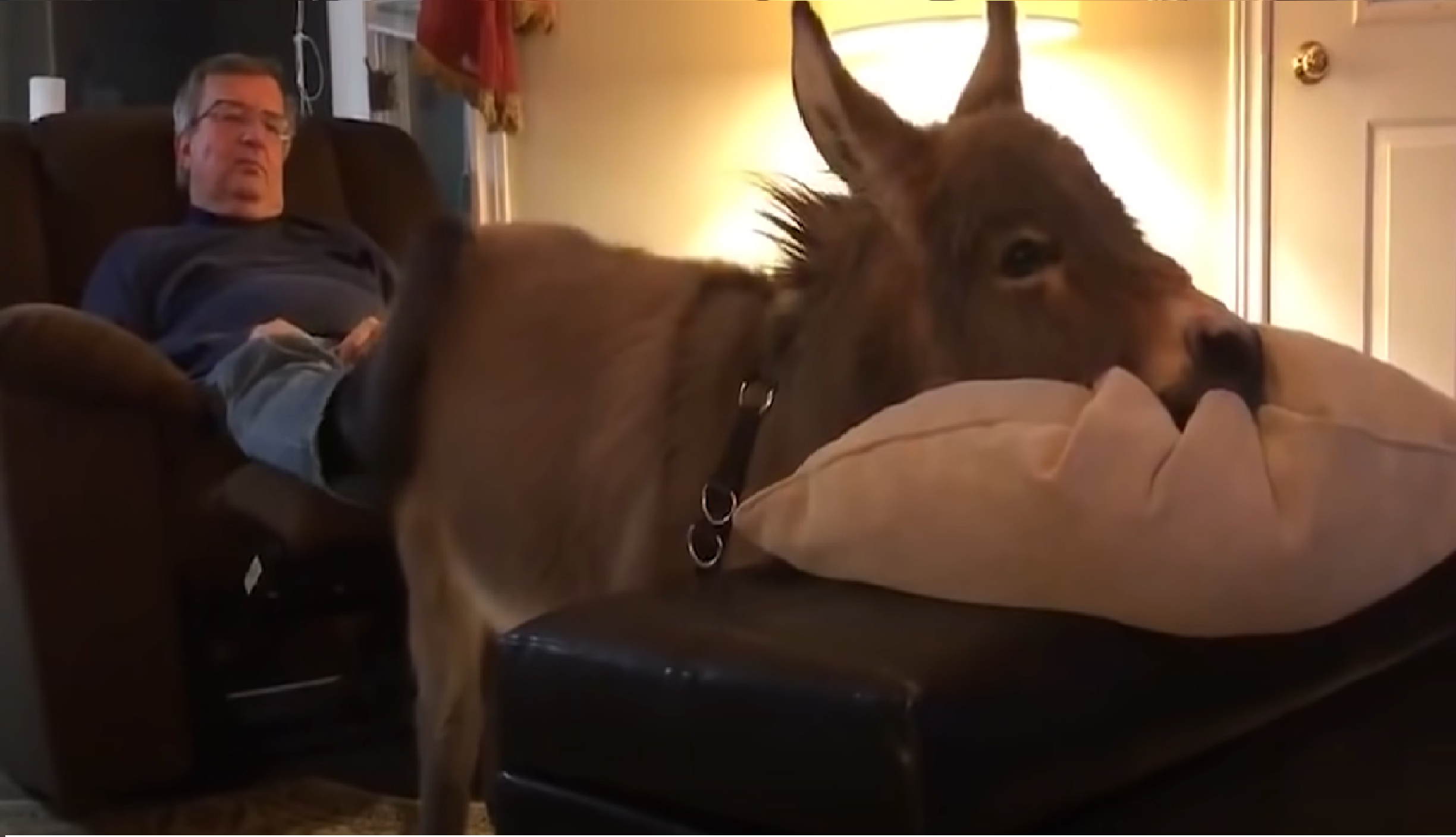 Jody Topping recently adopted a miniature donkey, Tiny Tim. When the rescuer found it in the shed, she thought it was actually a rabbit. However, in reality, Tiny Tim was the size of a small plush toy.

Tiny Tim was supposed to weigh between 50 and 60 pounds at birth. However, his weight was less than 10 pounds. When Jody took him to the vet, they discovered that his liver was not working properly. They didn’t know if the poor animal would survive.

Jody decided she would give him the best chance at life. So she brought Tiny Tim to her house. Feed him, bottle feed him. They started by giving him milk through a syringe every 20 minutes, 24 hours a day. Jody did this for a week. After that, the feeding time was reduced to 40 minutes, and then every hour.

Jody’s hard work has paid off. Tiny Tim got stronger every day. At first, she thought that Tiny Tim could be imagined from the outside again. However, due to its small size, she abandoned the idea. Despite the fact that donkeys are not pets, Tim got along well.

Little Tim played with pillows and got scratches from his father. He had many traits unlike any donkey. Little Tim wagged his tail like a dog and licked dishes from the dishwasher as Jody loaded them. He also drank from the toilet and liked to bring balls.

Jody thought he was a confused little man who didn’t know who he was. She soon decided to housetrain him like her other dogs. Jody let him go outside with the dogs. Since then, whenever she said, “Outside, go pee,” Little Tim would come to the door with the dogs.

According to Jody, he was easier to train than her other dogs. He even learned a few tricks. He was with Jody for about 8 months and was like a little kid. Jody had been away for a couple of days, so he greeted her, circled around her, and honked when she returned. He was very excited. Jody’s husband was Tiny Tim’s pillow-fighting partner. He liked to throw pillows in the pool and show off his skills.