Rescue dog insists on visiting the gym with dad every day 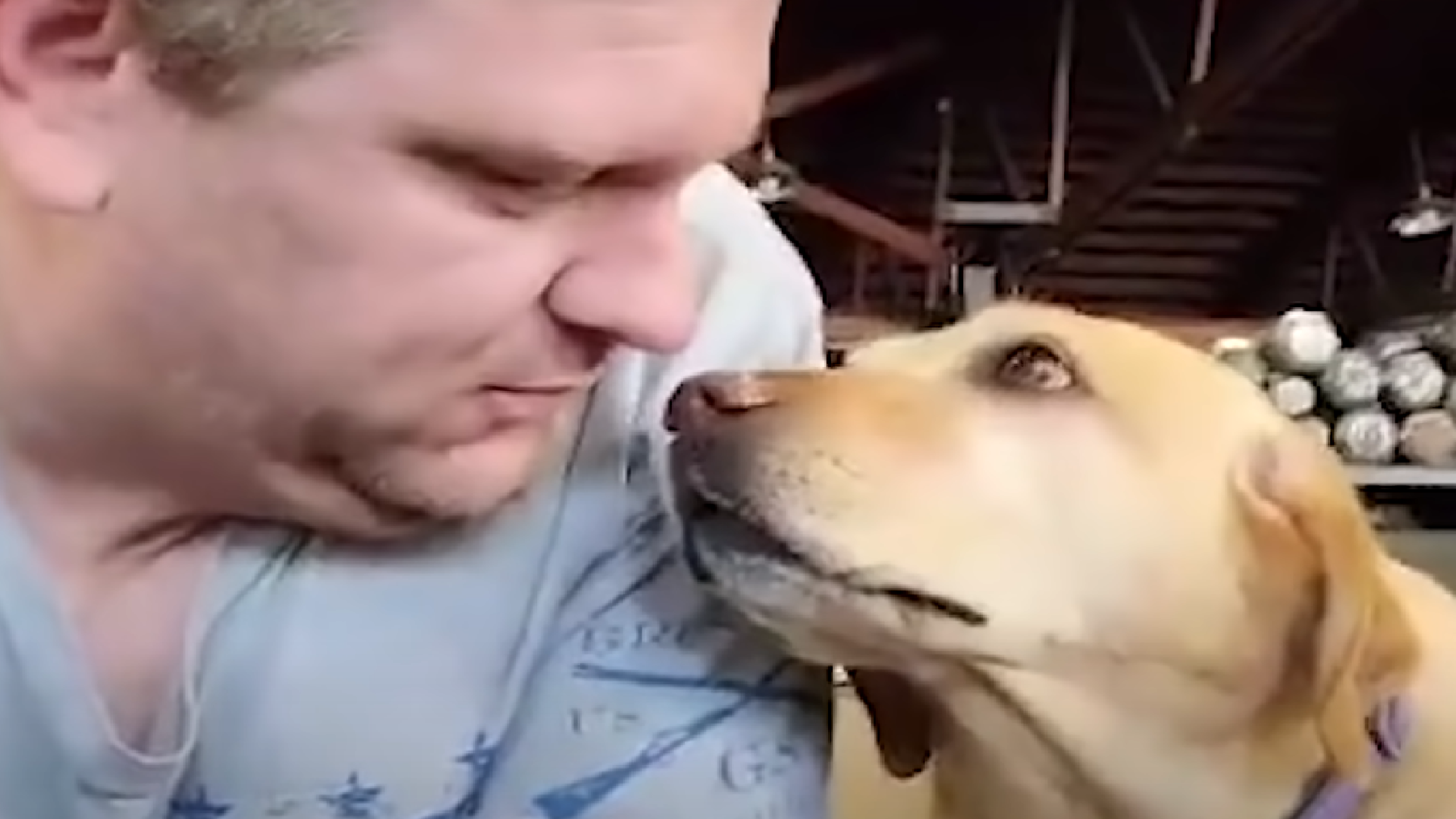 Boss Joshua’s husband found a stray Labrador (later named Ellie) freezing in a pile of leaves and decided to take her to a no-kill shelter. He later told Joshua that he needed to get this dog.

So Joshua brought her home. Later, when they took Ellie to the vet, the owners discovered that she had several litters of puppies. The kind person guessed that Ellie probably ran out of puppies, so they just abandoned her.

Ellie simply hid in the back of the cage for the first few months and didn’t come out until she was served a treat or begged to come out. Ellie was so afraid at first that the Labrador always kept her tail between her legs.

However, after 6 months in the family, Ellie began to trust her new family. She was the perfect dog. She didn’t bite or bark at anything. However, after 2 years with Joshua, Ellie has become a completely different dog.

Ellie was a really happy, fun-loving dog. She would not let Joshua go anywhere without her and even went to the gym every day. In the gym, an affectionate Labrador came running and greeted everyone.

After that, she sat and looked at her master and at the exercises of others. She made sure Joshua was never out of her sight. The owner was very protective of her and put her on a leash if she was working with weights around.

Even at the gym, Ellie never stopped following Joshua. It literally went down and back with every lap he went through. If Ellie hadn’t come to the gym, everyone there would have kept asking Joshua about her. The owner thought he had the most perfect dog in the world.