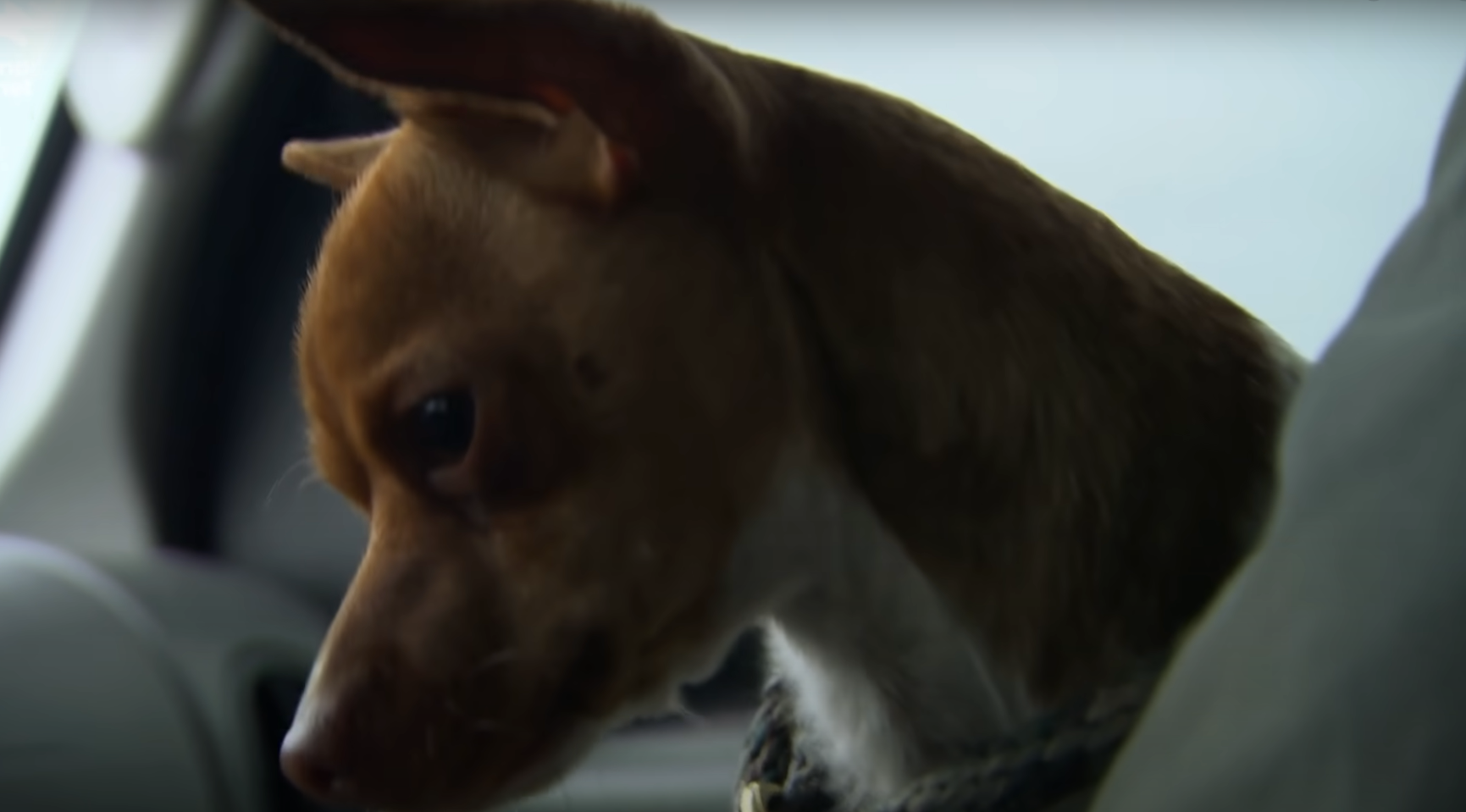 In a recent incident, Tia and Louise from the Villalobos Rescue Center in New Orleans received a call about a dog hiding behind a parked car. The duo thought he might jump out from under a parked car and charge right at them, as the dog got scared. Thus, they had to be especially careful in this situation.

Tia and Louise walked along the sidewalk and continued to look under the cars. Finally two rescuers tried to call out to the dog and tried to figure out what they were facing. To their surprise, they found a chihuahua. At that very moment, the girls who reported the dog came out and spoke to the duo.

The rescuers could not believe that the girls were afraid of the chihuahua. The girls informed them that the dog was already there when they left the house. These girls seemed kind as they were still taking care of the dog whose leash was stuck under the tire.

The poor little chihuahua was very scared. Therefore, the rescuers decided to catch the dog with a blanket or towel. This procedure immediately dispels the dog and disorients the animal. But, unfortunately, when the two women tried to gently cover the dog with a blanket, he began to lash out at them.

Louise picked up the little dog with a towel and held him in her arms. It was frosty outside, and if not for these caring girls, it is not known what would have become of the dog. He had tokens and even had a harness on. Tia and Louise guessed that someone was walking him, and somehow got away from them. Finally, they realized that this was not a street dog, but a real Chihuahua that had run away from the owner.

After reaching the Villalobos Rescue Center, Tia decided to call the dog’s owner. After looking at the name tags, they found the dog’s name “Pizza”. After a few rings, the Chihuahua’s owner, Keenan, picked up the phone. The owner lived in New York and visited New Orleans. Unfortunately, the poor man was attacked while walking his dog. Pizza was so frightened by this incident that he ran away.

Keenan was staying at a motel in Slidell. So Tia and Louise decided to help the owner and the dog reunite. During the trip, Louise got into a conversation with Pizza. She asked him how excited he was to meet his mistress. Before she could hear an answer, the naughty chihuahua peed on her lap. This made Tia laugh hysterically at the situation. The duo soon reached a motel in Slidell and met Keenan. As soon as the dog met his master, he was glad to see him. He whined and cried and whined and his tail wagged. That was all the rescuers hoped for. It was a happy ending to a sad story. Keenan was glad that Tia and Louise had found “Pizza” and appreciated their help in bringing his best friend back to him.