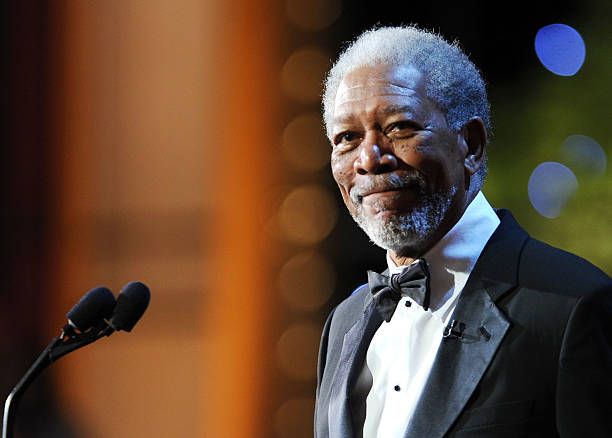 As one of Hollywood’s most legendary actors, Morgan Freeman is known around the world for starring in several iconic films. Perhaps his most memorable role came as Ellis ‘Red’ Redding, a fatherly, contraband-smuggling prisoner in The Shawshank Redemption, who unknowingly helps the film’s protagonist escape.

A 12-year-old Morgan Freeman was punished for causing a disruption in class after pulling a chair from underneath the girl he had a crush on. It’s good to hear that even an A-Lister had the same flirting techniques as the rest of us when we were that age. His teacher instructed him to take part in the school’s drama competition as a unique form of punishment.

To everyone’s surprise Freeman won and thus began a lifelong love of acting. We all owe an incredible debt to the teacher who gave him a punishment that was a lot more useful than a lifetime sentence in the Shawshank State Prison.

Morgan Freeman is known around the world for his dulcet tones and soothing voice that many people can only dream of. In fact, his voice was one of the main reasons that he got his role in The Shawshank Redemption. In the original novella, penned by Stephen King, Ellis Redding was a ginger-haired Irishman, clearly a description that does not match Freeman.

There is a startling theory that if bees were to become extinct then the entire population of humankind would be wiped out within four years. Upon hearing this potentially devastating factoid, Morgan Freeman decided he was going to do his bit to help. In 2014, he converted a 124-acre ranch he owns in Mississippi into a dedicated bee sanctuary. It’s not known exactly how many bees live on the ranch, but it could be up to two million.

The legendary actor’s charitable efforts don’t stop at looking after bees because he has also done plenty to help other people in need. He set up the Rock River Foundation to provide underprivileged children with the education and resources they need to pursue a healthy and productive life. Freeman has also led numerous fundraisers to assist in the aftermath of natural disasters, such as Hurricane Katrina in Louisiana and Hurricane Ivan in Grenada.

You will probably be very surprised to learn that, despite Morgan Freeman’s ‘nice guy’ demeanor, he has actually spent time in jail himself. However, you won’t be surprised to hear that this only happened because he refused to abandon a friend.

During his time in the Air Force, Freeman and a pal travelled to Los Angeles while on permitted leave. They were hitchhiking due to a lack of funds when they were stopped by local police who suspected they were AWOL. Freeman had his pass, but his friend had left his in his room. The pair spent four days in jail, despite Freeman being given the option to travel on by himself, while their stories were verified. Thankfully, they didn’t try any daring escapes of their own.