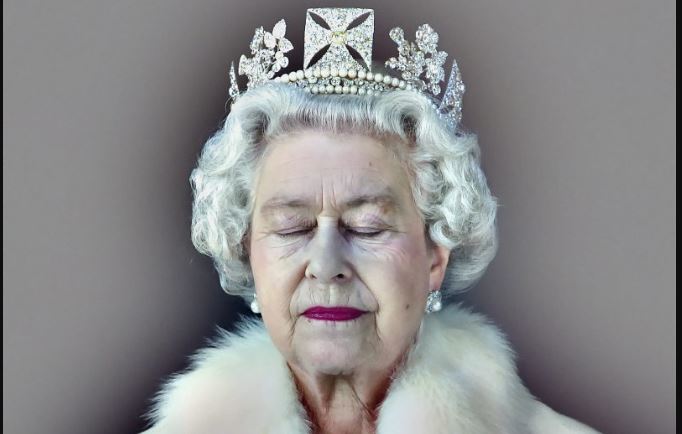 Sotheby’s London is gearing up to mark Queen Elizabeth II’s platinum jubilee this June, honoring her 70 years on the throne with a month-long program of exhibitions and events celebrating British art, design, literature, and other artistic output, all leading up to its marquee summer auctions.

Queen Elizabeth, who will turn 96 on April 21, is the first British ruler to reach the platinum jubilee milestone, having ascended to the throne on June 2, 1953. She became the nation’s longest-reigning monarch on September 9, 2015, surpassing her great-great-grandmother, Queen Victoria.

“Britain has long been known for its creativity and the queen has been at the helm of this throughout her reign—both as custodian of a world-class collection, and the inspiration for artists, designers and more,” Frances Christie, deputy chairman of Sotheby’s U.K. and Ireland, said in a statement.

The auction house will hold a curated exhibition of important royal manuscripts, 50 royal tiaras, and portraits of all seven of Britain’s queens regnant in its galleries from May 28 to June 15.
The show tracks the evolution of tiara trends from the 1830s, with a Napoleon-inspired number featuring diamonds set in a wreath of leaves, to the 1960s, with a turquoise and diamond tiara designed by Van Cleef and Arpels that shows the then rising influence of Indian fashion. The bejeweled headpieces are on loan from courts across Europe and are not for sale, but a number of contemporary tiaras on view will be available for purchase.

In the manuscript section, highlights include the death warrant for Thomas Percy, seventh Earl of Northumberland, signed and sealed by Elizabeth I and on loan from Alnwick Castle, where the Earl’s descendants live to this day. Wormsley Library, a private estate in Buckinghamshire, England, has loaned a selection of royal bindings.

But the centerpiece of the exhibition will undoubtedly be the portraits, depicting Mary Queen of Scots, Queen Victoria, Queen Anne, Mary I and Mary II, and Elizabeth I and Elizabeth II.
The most famous work in the show is a portrait of the queen’s namesake, Elizabeth I, painted by an unknown artist. The Armada Portrait, on loan from the Woburn Abbey in Bedfordshire, England, commemorates the ruler’s 1588 victory over Spain. The U.K. raised £10 million ($13.6 million) to purchase the painting when the descendants of Francis Drake, who commissioned it, sold it in 2016.

“[Armada] is one of the most seminal images of female power ever created,” said Sebastian Fahey, a managing director at Sotheby’s, in a statement.
Photographer Chris Levine has also donated a new portrait of the queen to the exhibition, which will be sold to benefit the Platinum Jubilee Pageant, the official royal celebration on June 5.

In conjunction with the display, Sotheby’s will partner with the Royal Academy of Dramatic Art and Fantasia Orchestra to stage a Jubilee Arts Festival with talks, debates, children’s workshops, and musical and dramatic performances.

The jubilee programming is organized with an eye toward both British history and the future, in the hopes it will “affirm Britain’s place as one of the most creative places on the planet,” Fahey said. “Sotheby’s is uniquely placed to do this, with our artistic eclecticism and global reach, bringing together expertise from all of our different specialisms to present creativity in all its guises.”

The Sotheby’s festivities will culminate on June 29 with “British Art: The Jubilee Auction,” ranging from Old Masters such as J.M.W. Turner an Thomas Gainsborough, to leading 20th-century figures including Henry Moore and Barbara Hepworth, and contemporary artists like Banksy and David Hockney.