A man who saved 669 kids during world war II didn’t know they were sitting next to him. Watch his reaction.. 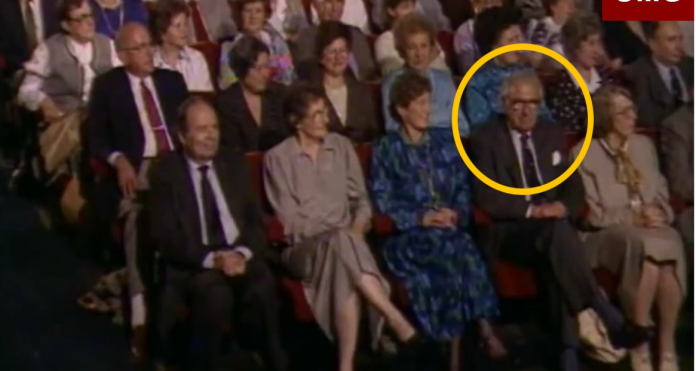 He risked his life to save 669 mostly Jewish children from Czechoslovakia during the Holocaust by promising them a safe passage to Britain. Then, like a true hero, he never talked about it again until 50 years later, his wife found a notebook in their attic that contained the names, photos and documents of those rescued children.

Sir Nicholas, who received his knighthood from Queen Elizabeth II in 2003, and who was awarded the Order of the White Lion from the Czech Republic in 2014, passed way on July 1, 2015. He was 106 years old when he died.

Called ‘British Schindler’, by the British media, he appeared in a TV program called ‘This is life’ in 1988.

He was invited as one of the crowd, oblivious to the fact that the people sitting next to him are alive only thanks to the courage, bravery and selflessness of him.

Watch the video below to see the moment he finally realizes what’s going on around him. Prepare your handkerchiefs..