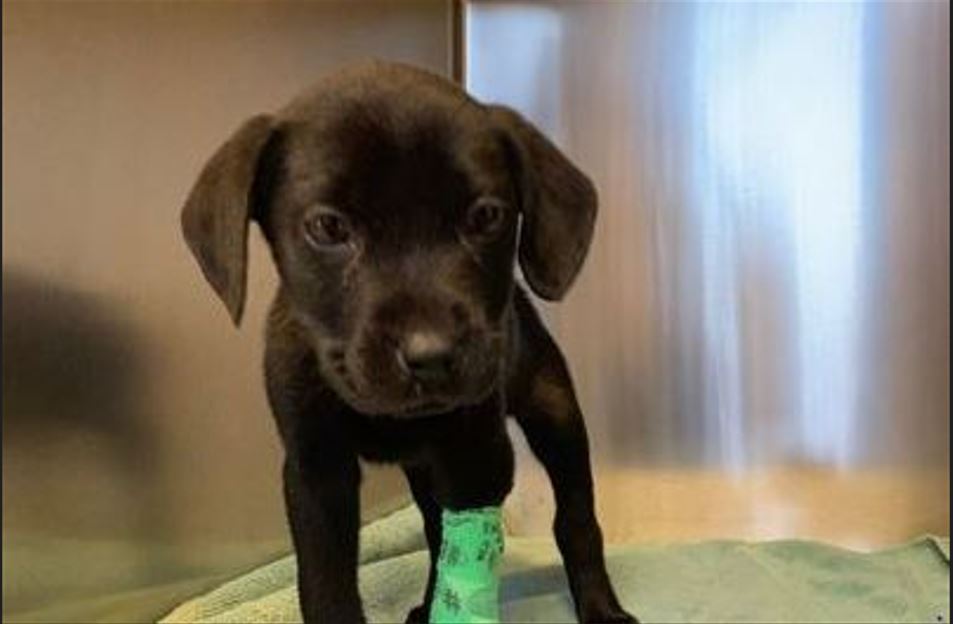 At only six weeks old, life has already been tough for young Emerson. He was rescued from a shelter in Florida where he was transferred to Maine.

The puppy sustained an infection known as canine parvovirus which can be life-threatening for dogs if left untreated. Luckily, Emerson pulled through. But it was just the beginning of his journey.

“We aren’t sure if Emerson was born deaf and visually impaired or if it was a result of the seizures but what we DO know is that neither one of those bother him one bit.” The shelter said in one of their Facebook posts.

While their voices are quiet, their connection was loud for everyone else to see and feel. Abbott communicated with Emerson after teaching him visual commands.
What is known as the “sit” command for us became the “s” sign for Emerson. And “lie down” for us meant sweeping Abbott’s hand across in a straight line.

It is through his disabilities that Emerson is able to find a home that will love him. Their unique connection became the foundation of a beautiful friendship between man and beast.