Melanie Griffith grew up with a lion named Neil 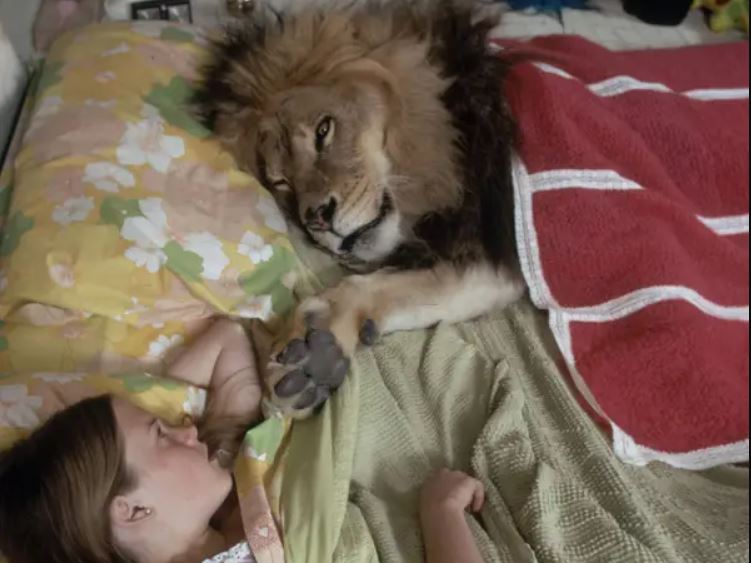 Melanie Griffith grew up with pet lions, like this one she cuddled up in bed with named Neil.

The lions actually belonged to Melanie’s mother, actress Tippi Hedren, who still has many of them today! According to W magazine, “Hedren lived with exotic felines in her home, right alongside her husband and kids, in the ’70s. She began rescuing them in 1972, and in 1983 founded the Roar Foundation, the mission of which ‘is to educate the public about the dangers of private ownership of exotic animals.'” Hedren eventually said in a memoir that it was “stupid beyond belief” to let the big cats “roam free around the house.” Today, the big cats all live in “huge compounds” according to granddaughter Dakota Johnson.