Mom got pregnant after 10 years of trying: 4 days later, the doctor called in panic and admitted the huge mistake 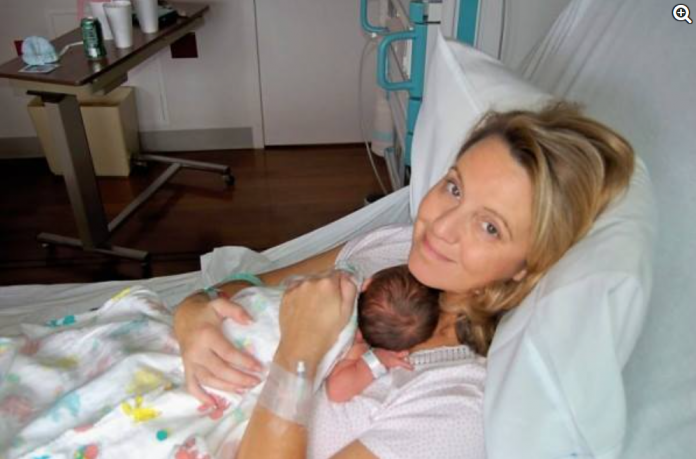 Carolyn Savage and her husband, Sean, had three wonderful children, but in recent years they have been unable to conceive.

Instead of getting positive pregnancy tests, Carolyn got menstruation over and over again. It was mentally discouraging, and when Carolyn did get pregnant, the hopeful news ended in abortion.

Eventually, the couple turned to fertility treatments. They prayed to God that this would be the answer to their prayers.

It didn’t take long for Carolyn to become pregnant, but then Sean got a phone call that he and Carolyn did not expect.

Carolyn and Sean Savage married in 1993 and their first child was born a year later. But after that, Carolyn had a hard time getting pregnant, it just did not happen naturally.

And yet, the couple gave birth to their second child with the help of fertility treatments.

When Carolyn and Sean tried to conceive with in vitro fertilization in 2007, it had been 10 years since their last child was born. Nine months later, their daughter Marie-Kate was born.

In February 2009, Carolyn underwent embryo retrieval in an attempt to give birth to child number 4.

Surprisingly, she and Sean received news that IVF treatment had been successful. But soon after, their lives were completely turned upside down.

Only a few days into the pregnancy came the hard news. The doctor called and admitted that they confused the fetuses.

Carolyn Savage was happy to be a mother again — but the baby in her womb was not hers. The embryo of another pair was returned to Carolyn’s womb.

Carolyn had to make the hard decision in her life: whether to have an abortion for the child she was supposed to give birth to. She decided to give the child to his biological parents, even though the doctor told her it was her last chance to get pregnant.

«We went from feeling shocked to recognizing that it was really something that was going to happen. It was so hard, but we feel we made the right decision», Carolyn explained.

Give up her baby
Sean and Carolyn decided to contact the biological parents, Shannon and Paul Morel, who live in Detroit.

Carolyn gave birth to a baby, named Logan, by caesarean section, four weeks earlier than the estimated date of birth.

She only had half an hour with him before she had to give it to his biological parents.

«He’s their son. But he’ll always be my baby», Carolyn said.

Father Sean was given the difficult task of giving Logan to his biological parents. They waited in the room next to the delivery room.

After the shaky experience, Carolyn thought she had seen it all.

But the joy returned to the couple. In 2011, Carolyn and Sean announced they were expecting twins, through a surrogate mother.

The «miracle twins», Isabella and Reagan brought infinite happiness to the family, who had experienced a great deal of grief and disappointment in the past.

«The twins hid some of the sadness we still experienced because of what happened to Logan. They are definitely not a replacement, but they are the best thing that has happened to all of us», said mother Carolyn.

And just when you thought their lives could not take further turns, perhaps the most surprising news of all came in the spring of 2014.

Carolyn could not believe her eyes when she looked at the pregnancy test she was performing at her home.

«When my brain started digesting the test, I thought it must be a mistake. I’m not fertile. I’ve had endless infertility treatments over the last two decades. In addition to IVF treatments, I have only seen two positive home pregnancy tests. What the hell am I, 45, thinking to myself? That I’m pregnant now, right?».

Son Nicholas Winston Savage was born in the fall of 2014 and suddenly Carolyn and Sean’s Savage family grew to 8 — despite the difficulty of getting pregnant in previous decades.

The baby Nicholas, who was born without fertility treatments, was born to mother Carolyn when she was 45 years old.

He has two older brothers, an older sister and twin sisters! What a wonderful and special family!

It’s one of the most amazing stories we’ve heard, and we’re glad it had a happy ending!

Feel free to share this family story if you too want to wish the Savage family good luck in the future!