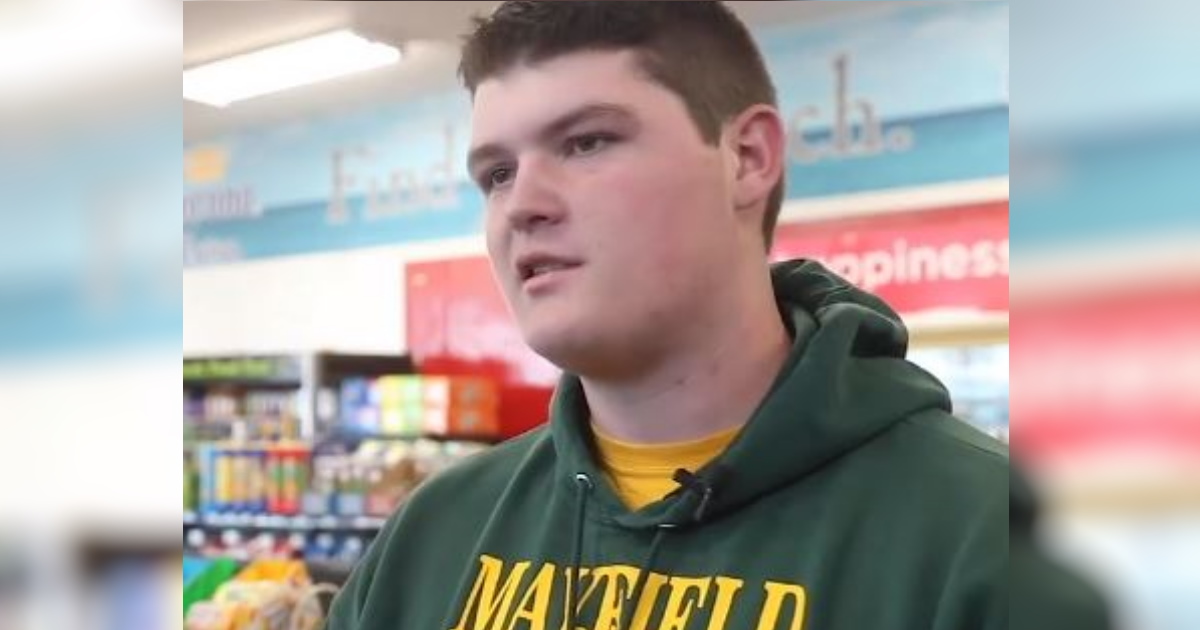 A mother, together with her three kids, were waiting for their Uber just outside Chuck’s Gas Station. It was then when the mother noticed a suspicious man was staring at her and the kids. His intentions were soon revealed when he grabbed one of them by the arm and demanded the woman to give her children to him.

The man was chasing right after them. Store staff members and bystanders quickly went to the woman’s aid. At first, one of the strangers pulled the door close to prevent the suspect from entering. However, the man forced his way inside the store and overpowered the stranger who tried to help.

Right across the street, Canaan Bower, a student-athlete noticed the commotion. At first, he didn’t think of it that much until the mother started screaming. Paying closer attention, he knew the family and the bystanders needed help.

Bower admitted that he was worried if the man was keeping any weapons on him like a knife or a gun. But besides that, he still didn’t hesitate to put the family far from harm’s way.

When the news broke out, citizens and athletes came together to support him. He got recognition from UFC president Dana White and mixed-martial arts champions Henry Cejudo and Jorge Masvidal. The following April, Bower was recognized as the USA Wrestling Athlete of the week. In their statement, they lauded Bower and his amazing act of bravery.