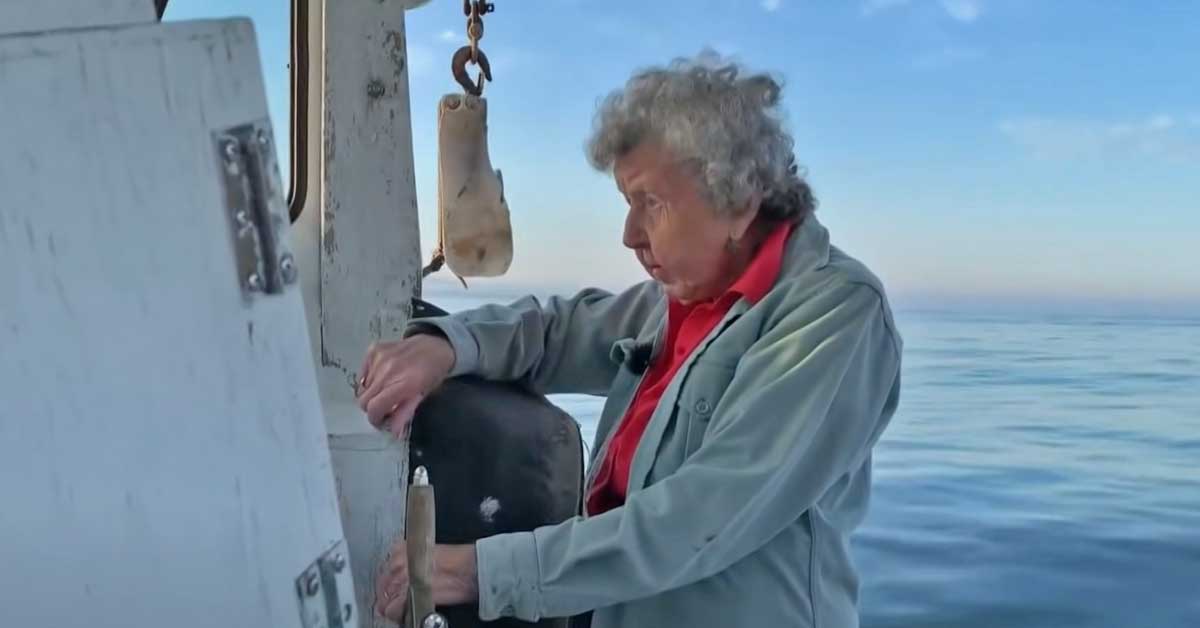 101-year-old Virginia Oliver knows how dangerous lobstering is. And yet she’s still at it.

Born on June 1920 in Claredon Street in Rockland, Maine, Ginny, as her friends call her, lives in a different house now but it is on the same street where her parents, Julia Buttomer and Alvin Rackliff lived.

Ginny has four children, with her 78-year-old son Max spending nights with her.
Virginia is up before dawn. Together they drive to Owls Head, where their boat, “Virginia,” is docked. It once belonged to her late husband.

This 101-year old works on Penobscot Bay. Together with Max, they lobster 200 pots in the waters three days a week. May through November is where it’s at and she still has her legs for the boat.

Max hauls the pots, Virginia bands the lobsters.
She is right-handed, but it’s her left that works after she broke her wrist years ago.

Ginny also loads bait bags with pogeys or menhaden. Those are small fish that lure the crustaceans in.

Virginia is probably the oldest lobster fisher in the world.
Wayne Gray is a family friend, and he narrates how Virginia had another scare a couple of years ago. A crab snipped her finger, causing her to get seven stitches. She didn’t stop though.
Max says the secret to his mom’s long life is her work ethic. Virginia says it’s the independence. She’d rather keep going out as long as she still can. After a day out out at sea, Virginia drives her white pick-up truck to the grocery store.
Ginny takes some of the lobsters she catches in her kitchen. They say she makes a mean classic Maine lobster roll. A grilled bun, little mayo, and “nothing else” is all it takes.

At her age, people have asked if she has any plans of stopping. Virginia says only death would make her retire from lobstering.
Virginia just got her fishing license renewed. She is super excited to lobster this summer, looking forward to the season with her son Max.