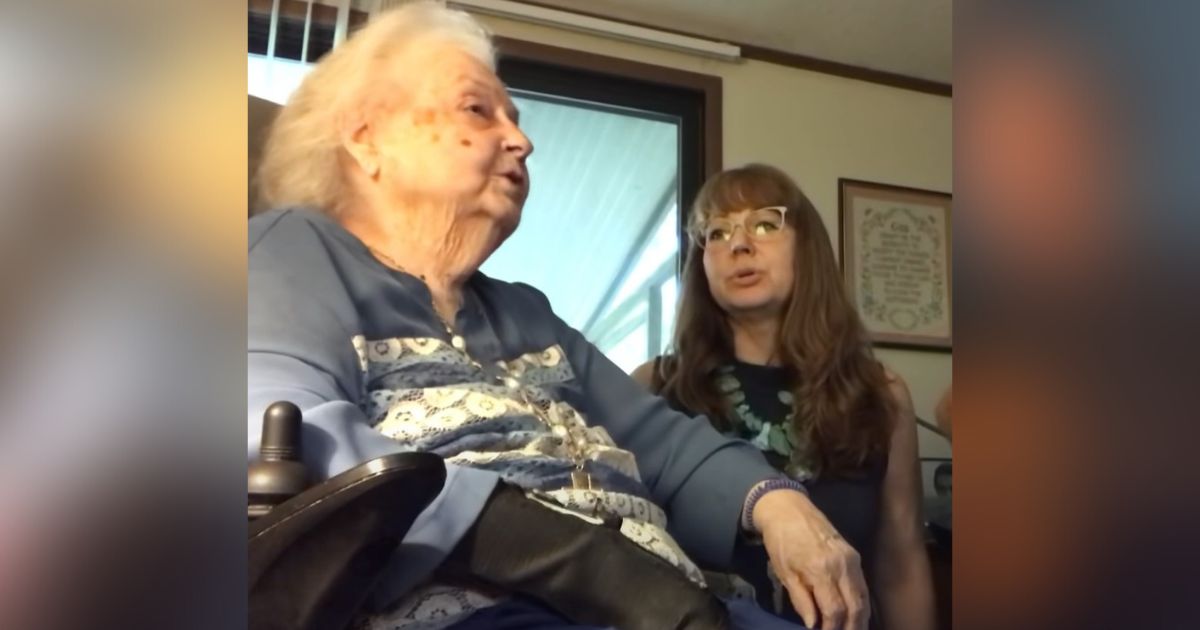 This lovely version of “One Day at a Time” by Memphis resident Nita Talley, 93, makes it clear that this grandmother has instilled a love of music in her offspring.

She still bears that love herself.
According to the video, two family members joined her and played the guitar to the gospel hymn One Day at a Time, written by Marijohn Wilkin and Kris Kristofferson.
While the younger generation frequently has a less religious disposition, as our parents and grandparents get older, religion can take on a particularly significant role in their lives.

Some people’s lives are propelled by their beliefs. Even for non-religious people, seeing this granny sing with her family is enough to make us all cry.

Initially, Nita seemed a little bored.
But not long after, she suddenly became interested and began to sing along.
Elderly people frequently experience depression.

It’s common to feel as though life has changed as you get older. But while they sang and played the guitar, this woman was reminded of the significance of her life.

An emotional cover
You can hear the emotion in her voice just by listening to her cover of One Day at a Time.

Numerous artists’ albums include One Day at a Time, which is well-known among Christians. However, after hearing this grandma perform with her family, we are left to question if she has ever released a solo record.
They almost quickly transported her back to a period of time and location where she might easily find happiness, and we have no doubt that she will remain there for longer.

It was such a sweet gesture to do for this lovely grandma. No wonder a lot of people found themselves in tears as they watched this video.

Listen to Nita’s emotional rendition of One Day At A Time in the video below!