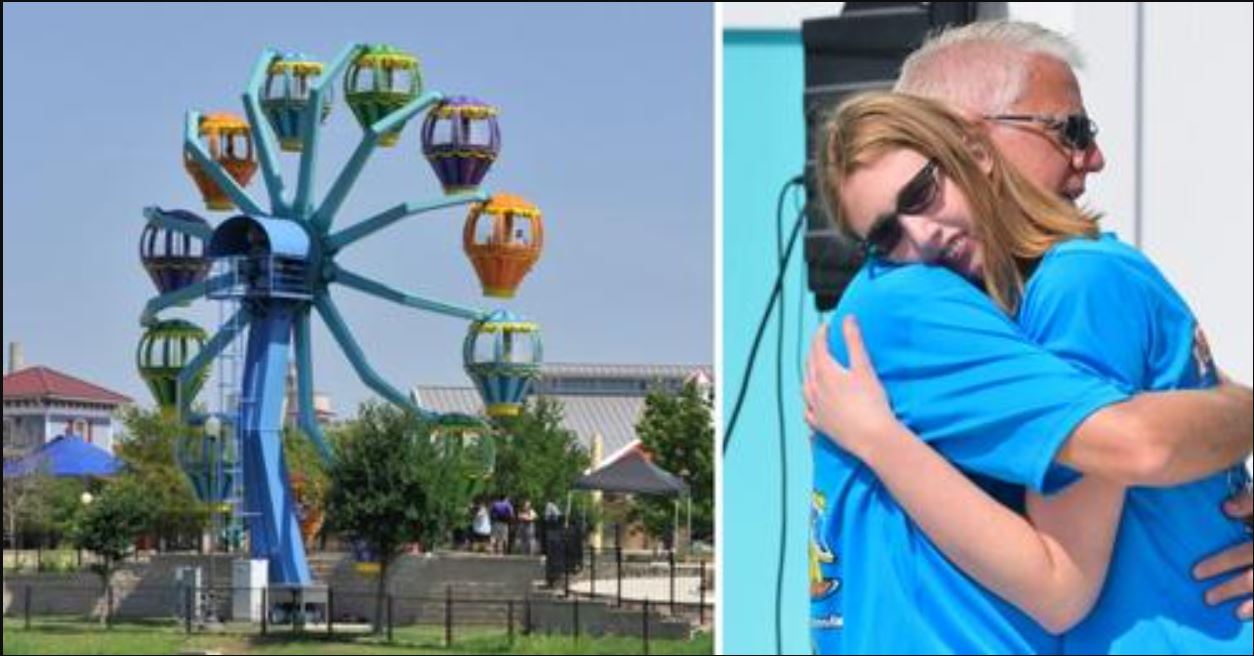 They say that necessity inspires innovation and creativity. It’s true in the case of Morgan’s Wonderland, an “ultra-accessible” theme park inspired by a dad who wanted his disabled daughter to be able to enjoy some summer fun with others.

The park was created by Gordon Hartman who was disheartened when his daughter, who is autistic and has cognitive and physical special needs, wasn’t able to play in the hotel swimming pool with the other children during a vacation in 2016.
Hartman wanted to find a place where people of all ages and abilities could have fun together and have a better understanding of one another.

Since one didn’t exist, he built one himself for $35 million.
Morgan’s Wonderland opened in San Antonio, Texas in 2010 as a place where no child would feel discriminated against or at a disadvantage.
To make Morgan’s Wonderland a reality, Hartman sold his companies in 2005 to start the Gordon Hartman Family Foundation, a charity that helps children and adults with disabilities.

He started his first home-building business at 19 and a land development company at 23.
It turned into the largest locally owned homebuilding and land development operation in San Antonio.
Hartman’s goal was to remove the barriers between the disabled and non-disabled in order to foster camaraderie and acceptance.

He felt this would also disabled children to make more friends.
A $17 million water park called Morgan’s Inspiration was building added in 2017. The theme park, which is funded through donations, was named on Time Magazine’s list of World’s Greatest Places in 2018.
They also received a $15 million grant in American Rescue Plan Act Funds through the City of San Antonio.

Some of those funds will go toward the Multi-Assistance Center.