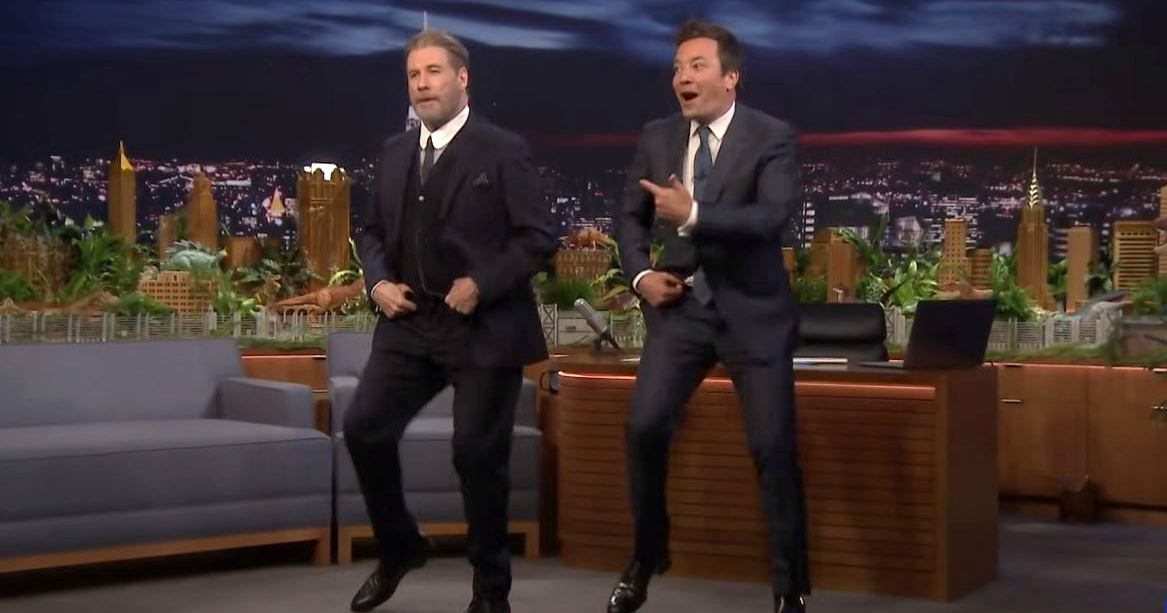 Even if you don’t consider yourself a big movie person, you will have seen “Grease” at least once in your life.
The iconic 1978 movie was based on the 1971 musical with the same title, and stars actors and actresses who went on to make it big in Hollywood.
We may be biased, but we can’t help noticing that four decades on, John Travolta still looks as good as he did as a young man.
And he’s still got the moves, too, as he proved in an interview with Jimmy Fallon.

Travolta appeared on The Tonight Show to discuss the movie’s anniversary – and he had a surprise in store for the audience.

While it was only brief, this is a performance you don’t want to miss!
The pair discuss the success of the movie, with Jimmy commenting that even his 12-year-old nieces are familiar with the movie’s catchy musical hits.

Travolta had the whole package because he could sing and dance exceptionally well, as Jimmy explains.
Jimmy attempts to explain a move that Travolta does at the end of the movie, with his partner, Olivia Newton-John.

The dance is known as the four corners, and Travolta recalled:
“I grew up with all these kind of novelty dances. So, in Grease, they needed a step for that ‘You’re the One That I Want’ at the end. So I said, ‘Well, we used to do the four corners. Why don’t we do that?’”
After waiting “till it gets into a good groove”, Travolta is off, swaying his hips in the signature “four corners” move, stepping forward and backward and literally hitting the “four corners”.

It’s a simple move, and it doesn’t take long for Jimmy to pick it up, the pair dancing in-sync.
The crowd has lost it by this point, and we’re not surprised!

They cheer and applaud and Jimmy tells the crowd to give it up for John Travolta, who’s enjoying himself so much that he’s still dancing.
While many men in their late sixties would only end up embarrassing themselves on the dance floor, Travolta well and truly proved that he’s still got it.