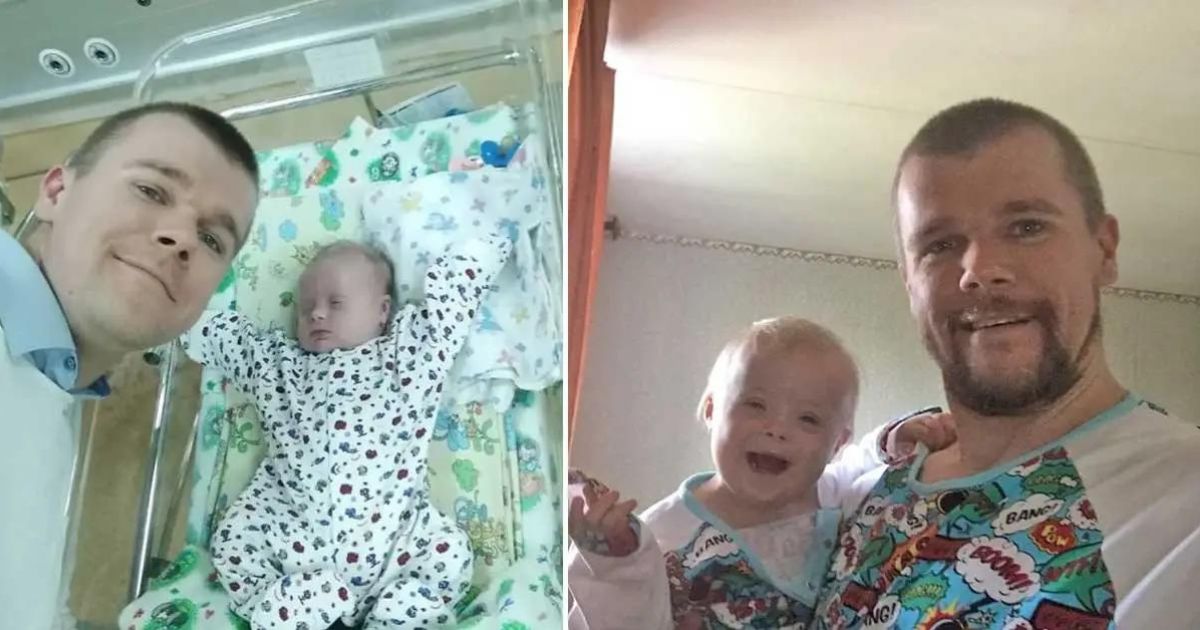 When his son, Misha, was born, Evgeny Anisimov witnessed an enormous level of happiness.

However, he was shocked to hear the doctor say, “I fear that your baby has Down Syndrome.” His enthusiasm had been replaced by uncertainty and fear.

Evgeny was distraught when he heard his baby might have Down Syndrome.
he 33-year-old father recalled leaving the hospital and weeping when the doctors told him the news. However, the tears quickly dried up and he was actually ashamed of how he first reacted.
Evgeny recognized he was being self-centered and realized that he should be capable of taking care of the child, no matter how challenging that may be.

That evening when he got home, he turned on his computer and began researching Down syndrome.
Every night, he tucks him in, gives him a bath, and prepares dinner for him. Although each chore is simple, the single father acknowledges that completing it every day is challenging. He is fortunate that his mother assists him so he may have some alone time.

To help Misha develop physically and mentally, Evgeny also plans a variety of activities for him. The child has gone to swimming classes each week since he was five months old. In addition, he has begun speech treatment.
“I want all the articles about Mishka and me that are being published now to convey that idea to society and instill it. And I also want to support, inspire with my example those people who are or will be in the same situation as me,” he shared.

If fatherhood was a contest, Evgeny is definitely on the run for first place! To see more about this father-and-son tandem, follow this amazing dad on