The name of Angelina Jolie is known all over the world. The Hollywood beauty, who has played many roles in movies, invariably attracts attention. 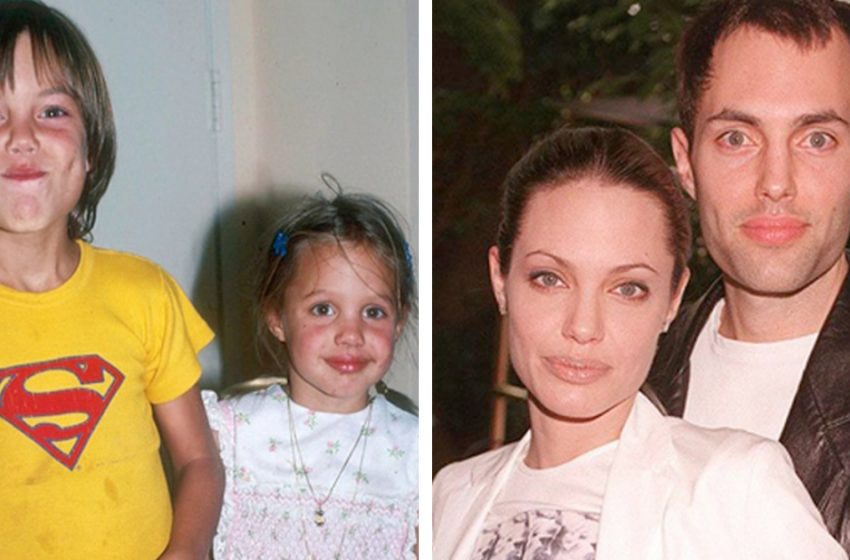 Her older brother James Haven could have become no less famous than Angelina, but at some point he decided to go into the shadows. He had a very warm relationship with his sister, they often appeared together at events, but at some point they completely stopped communicating.

Nature did not spare James Haven Voight either in beauty or talent. He was born in 1973 into an acting family. His father Jon Voight is a winner of «Oscar», but his mother’s career was unsuccessful. But James and his sister Angelina, born in 1975, had almost the same chances to succeed. When his father left the family, his mother Marcheline Bertrand decided to devote herself entirely to the children.

After receiving a high school education at Beverly Hills High School, James enrolled at the University of Southern California, where he attended film school and showed definite success. As a student he showed great promise and was even awarded the George Lucas Award for Best Student Film. However, this is as far as it went. But he became the director of his more talented and successful younger sister, with whom he always had a very close relationship.
In interviews actress often talked about how important the role of her brother was in her life. He accompanied his sister to the social events and completely took care of her affairs. He tried to build a career in film, but things were not going too well. James Haven’s filmography counts only about half a dozen projects, though he always played far from the main roles.
When Angelina adopted the first child, James happily agreed to help her in raising heirs. He even moved into her house for a while and took care of his nephews. Later, the star’s brother became a producer and even won several awards for his debut documentary, Trudell.
Even though James was quite busy, especially when he was offered the position of executive producer for the Artivist Film Festival, he always found time for his sister. Angelina always received support, help, and words of encouragement from him. The relationship of brother and sister were so warm that in 2000, when the actress won the «Oscar» for Best Supporting Actress in the film «Interrupted Life» and kissed her brother on the lips, a scandal broke out.
Brother and sister only wondered how easily people with a sick imagination managed to defame the innocent kiss of a brother and sister. Their mother, was being treated for cancer. She passed away in 2007, and after her death, they were both able to connect with their father.
The sibling relationship did not stand the test of Angelina Jolie and Brad Pitt’s divorce proceedings. To Angelina’s surprise, her older brother, her protector, support and most loyal friend, unexpectedly sided with Pitt. James Haven decided to testify in court in defense of his sister’s ex-husband. In his opinion, depriving the father of the opportunity to communicate with his children will hurt, first of all, the
children. But Angelina, apparently, completely forgot about how she resented her father, who did not pay attention to her and James after the separation with his mother.