The rescue dog with an unusual disease, who was an inspiration for others, has unluckily passed away. 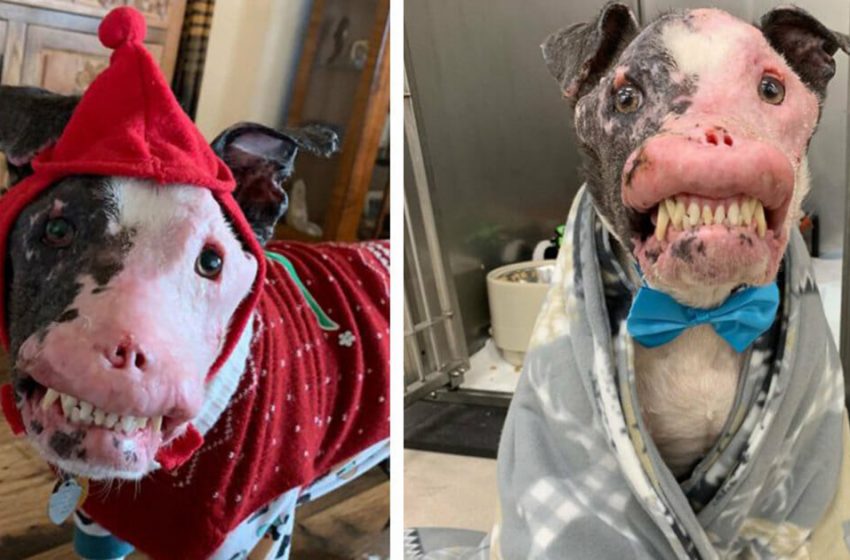 All the animals need love and care despite their condition. There are many ones with different health issues which can make them look
unpleasant or not so beautiful. But they still have a great heart to overcome all the hardships and stay kind to others.

Such kind of fortune had the stray dog Phoenix, who was in such a horrible state, that people didn’t believe he was real. But thanks to
the caring staff and his strong will he inspired others with his way to better life.
He was found in the street by a good-natured woman who was shocked by his sight. He was in a terrible state and his face was
disfigured severely. He was so inflamed that he couldn’t even close his eyes. The reason was unknown but it was evident he needed
help.
So the poor dog was immediatley taken to the Skiatook Paws and Claws Animal Shelter. And when the staff shared his pics on
Facebook people didn’t believe in their eyes. They thought and criticized for using Photoshop. But in fact it was really Phoenix who was looked so tortured and impaired.
He was looked after by Family Animal Medicine who was searching for the cause of his condition. It was first supposed that the
miserable dog was disfigured because of abuse. But then it was figured out that he had an unusual disease. Phoenix was checked by
different vets who tried to discover the mystery of his such skin disorder. They finally found out that he had a rare auto-immune disease called Systemic Lupus Erythematosus.
Phoenix got many adoption requests but he needed to get a full medical treatment and be under the vets’ control. Everyone hoped he
would completely cured. And he was getting better than it could be imagined.
Unluckily, after some months heartbreaking news was spread. Phoenix passed away. The team was sadly shocked. The farewell was so sorrowful for everyone. The one hopeful thing was that the sweet animal lived his best moments due to the kind and loving people
surrounded him.