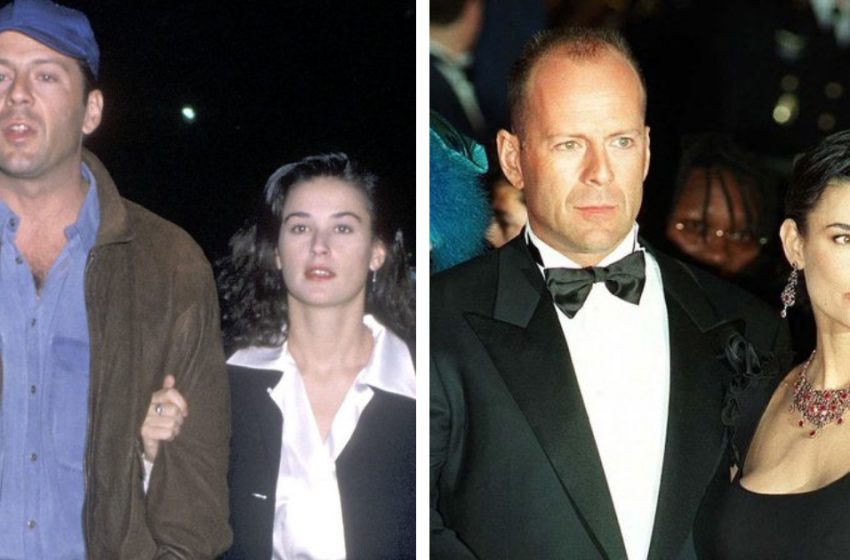 Bruce Willis and Demi Moore seemed have found each other and could live together for ages. They were even called the ideal Hollywood couple and were considered a clear example of the fact that true feelings exist and are able to go through any trials. But one day the favorites of the public announced their divorce. The couple met in 1987 and since then they did not want to part with each other for a minute, and therefore, after only four months, Bruce Willis and Demi Moore went to Las Vegas, rented a luxurious room at the Golden Nugget Hotel and celebrated their own wedding.
And a month later, Demi informed Bruce that they would have a child. The nice couple began to raise the baby and make sure that he becomes the happiest. They were admired, envied and called the ideal Hollywood family. Bruce Willis did not stare at other women, and Demi Moore was with her husband’s love. But one day Demi Moore realized that she could no longer endure all this. She was tired of jealousy. Choosing the moment when her husband left for the shooting, she collected all his things and took them out of the house. They parted in June 1998, and divorced only in 2000, realizing that the old relationship could not be renewed. It seemed that they would never be able to communicate normally at
all, but Bruce Willis and Demi Moore managed to maintain friendship for their daughters.
They were no longer husband and wife, but they became good friends. They began to visit each other, Bruce Willis talked with Demi Moore’s husband Ashton Kutcher and supported his ex-wife after the divorce. Now Demi is friends with Bruce’s wife Emma Heming. The only thing they could not do was to save their family. It was already too late for their marriage, but very timely so as not to completely
destroy the lives of each other and their daughters.