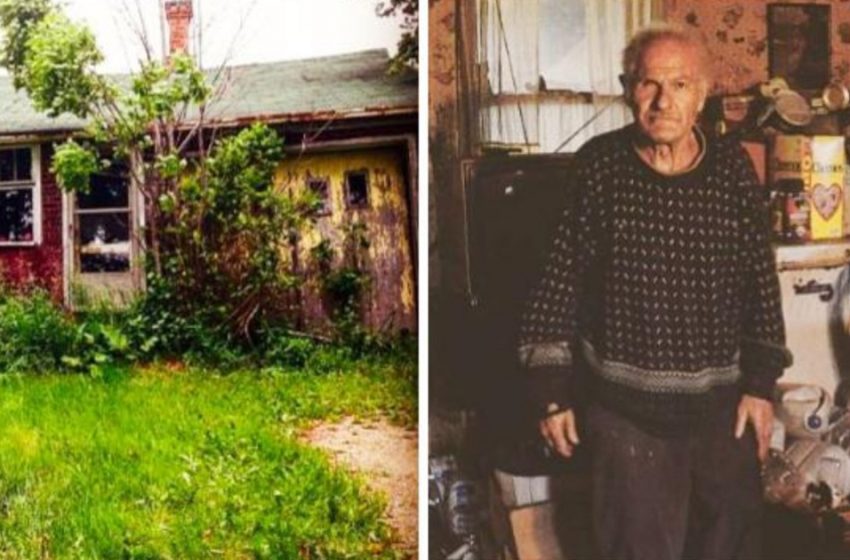 Not everybody dares to enter an old and abandoned house, because we don’t know what lurks behind the door on the other side and
what dangers await us.
Leslie Muir does what she does: she hunts and photographs abandoned houses. So, a few years ago, she decided to enter one house that had long haunted her and, as she said at the time, «just stole her heart.» The pathway to it had long been overgrown with weeds, the roof had fallen through, and the old and untidy appearance suggested only that no one had set foot here in a long time.
Once inside, the girl was about to start taking pictures when she suddenly realized she wasn’t alone… Leslie heard some noises and
went to see what was there. In the living room she found a lonely, elderly Lawrence.
He was missing one eye, and the other was affected by cataracts. But as it turned out, only his appearance was scary, and in fact — it’s a
very nice, sweet and kind man. Since then, Lawrence has had a friend. The girl began to regularly visit him, to clean the house and cook.
Often they had lunch or dinner together.
Leslie learned that the man had been hit by a bull and shattered his hip, and before that, he had suffered a stroke, all of which left him
partially paralyzed, so it took the man four whole days to seek medical attention.
He also told the girl about his brothers’ illnesses and how they had lost touch.
Leslie noticed that his health began to deteriorate and moved him from his crumbling house to a local nursing home.
She hopes Lawrence’s story will encourage people to reconnect with those they have lost contact with for whatever reason.
«Even though they are all elderly, their souls are still full of life, and I consider myself lucky to have met him,» Leslie says.