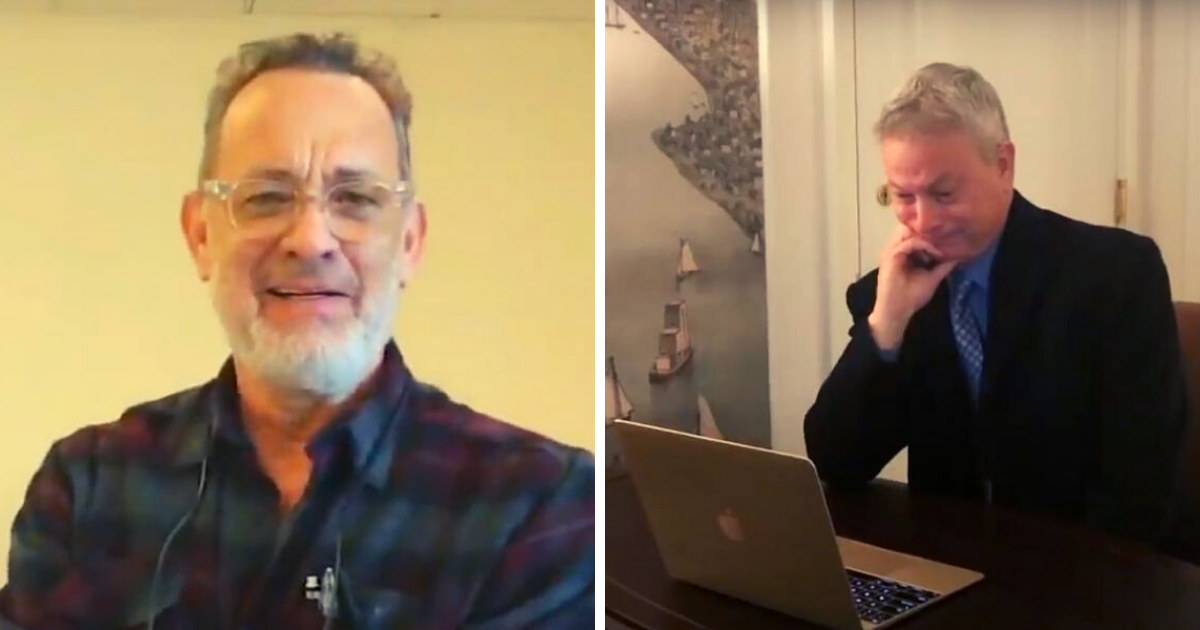 Gary Sinise is a really good guy. Perhaps you saw him in The Green Mile, or Of Mice and Men.You likely remember him for his role as Lieutenant Dan in “Forrest Gump.”He’s a hugely successful actor but his accomplishments in Hollywood pale in comparison to the work that he has done for American veterans.

In an interview with PEOPLE last year, Sinise opened up about the work his foundation does.

“If every person in every neighborhood around the country took a little bit of responsibility for patting these folks on the back, all the problems that we hear about with regards to veterans not getting services or falling through the cracks would disappear,” he said. “If citizens would look at their freedom providers in a little bit different way.”

“All during the Vietnam War, I was just a high school kid playing in bands and getting in trouble,” says Sinise. “I felt guilty that, when they were off at war, I was oblivious to what they were going through. I’ve just tried to give them something back.”

Sinise would also say that the September 11th attacks in 2001 also strengthened his resolve to do more for America’s troops.

America thanks Gary Sinise.
Gary Sinise’s charitable work is about giving back to the military community but recently several people have decided to give back to him. Multiple celebrities and military personnel took part in a video to thank Gary for all that he has done to help the troops.
Thank you Gary Sinise.
Celebrities such as Jay Leno sent messages to Sinise in the video.
“Every time I go to do a USO show, I always get ‘Hey Jay Leno, how you doing? You know who else is here?’ ‘Who?’ ‘Gary Sinise’ ‘oh’ ‘in fact, he’s been here 3 times.’”
“Your commitment, your dedication, your effort, you are awesome,” said Ron Howard.
“More than anything thank you for everything you do for our warriors,” said Rob Lowe.
Sinise’s Forrest Gump co-star, Tom Hanks, also sent a special message to Sinise.