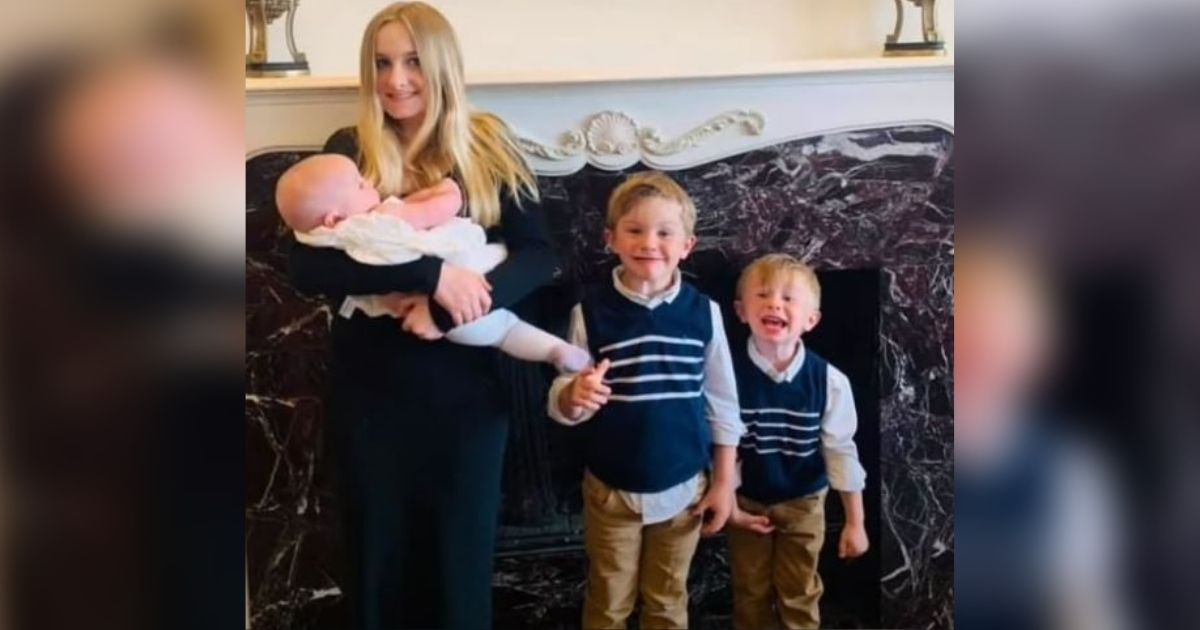 They say a mother’s love is like no other – and Mikala Vish is a true testament to that statement.
The Michigan mother suffered severe second and third-degree burns recusing her four young children from a house fire. Sixty percent of her body was burned from the rescue but she managed to save her children’s lives.
The fire broke out around one in the morning.
Chelsea Area Fire Authority Capt. Scott Basar says Vish received treatment at Michigan Medicine’s burn unit in Ann Arbor.

“She is an absolute hero for how she saved all her children,” he said.

The Dexter Fire Department was the first to arrive at the scene. The firefighters then saw Vish running out with a child and then rushing back inside to rescue her other kids.

Vish and her six-year-old, Torin, were the only ones injured.
Poor Torin suffered bad burns to his hands and arms. He and his mother had to undergo skin graft surgeries.

Vish suffered no neurological and eye damage, brave woman that she is, but she may need to stay in for eight months.
The fire is under investigation.
Susan Sutton, Mikala’s mom, is super proud of her daughter.
“She has always been a spitfire, she is extremely determined. It didn’t surprise me at all. As I understand, it was an inferno and she just braced herself for it until she found [her 6-year-old son],” she said.
“She is a woman of great faith and prayer and I think that along with her very spitfire personality is what’s getting her through and it gives me the courage to know this is going to work,” she added.
Lt. Derek Klink was one of the firefighters who responded to the burning home.
He said Vish’s actions were “the most heroic thing” he’s ever seen.
“Sometimes, people call us heroes. And in this instance, in no way were we the hero. Mikala deserves all the credit,” he said.

Brynna Klink, Derek’s wife, created a GoFundMe page for the family.
ADVERTISEMENT
She says this event affected her husband since they also have kids of the same age group.

“Please help to provide some relief to Mikala, and her four beautiful children, as she recovers from injuries she suffered in the fire,” she on the fundraiser page.

“These donations will be used to help support the children, who are being taken care of long-term, by Mikala’s family. Mikala has a long stay in the hospital ahead of her, but the donations will also go towards helping her start over once she is released.”

As of November 19, the donations have reached $270,000 out of its $275,000 goal.
And on November 13, Klink shared that “Mikala and Torin have been showing incredible progress.”
Torin is now undergoing multiple hours of physical therapy with occupational therapy every day. Vish has been extubated. She is able to communicate better and while recovery may take time, she’s showing incredible progress.