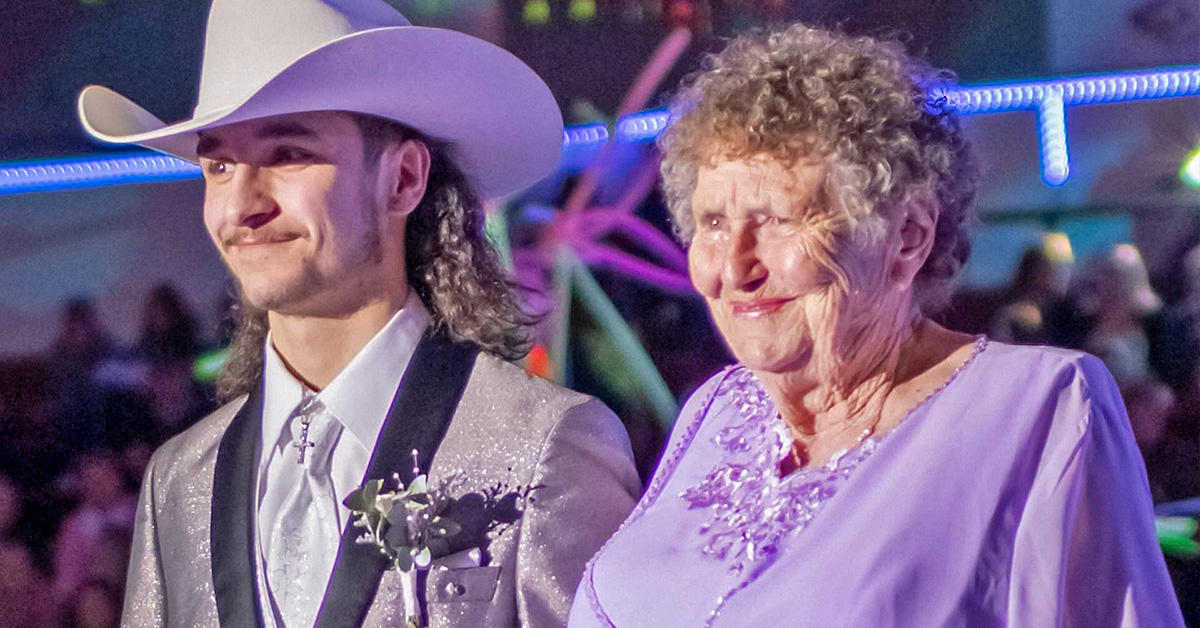 Prom is an event that every student is dreaming of.
And if they’re not dreaming of it, they’re certainly looking forward to it.

It’s the young boys’ and girls’ chance to spend a beautiful night with their dates and friends, an opportunity to have fun, dance, and enjoy themselves before their school years come to an end.

For young Dakota Wollan of Watford City, N.D., prom night was not something he couldn’t wait for.

In fact, he had no idea who to ask to go with him to the special event.

When the High School senior told his parents that he didn’t have anyone in mind that he’d like to ask to go to prom with him, his dad had an idea.

He figured, since Dakota’s great-grandma had never been to a prom, it would be fun to share this experience with her grandson.
When the student heard the suggestion, he was not negative at all.

He felt it would be an honor and unforgettable night for them both to take his beloved great grandma!

And, after thinking for a moment, he knew that this was the best idea ever.

So, he decided to ask his grandma with a proper promposal.
“I have this old truck she gave me, it’s a 1985 ford she handed down to me and I got it running again. So, I took that truck and made a sign,” he told KFYR-TV.

When the 92-year-old woman saw the sign, she was shocked.

She couldn’t find a reason why a young man would want to spend such a special night with an elderly lady.

“I was just wondering why he would want a 92-year-old going to prom with him when there are so many young girls in the school,” Madeline Miller, Wollan’s great-grandma said.

But she said “yes”. After all, Dakota had made it clear that if she didn’t go, he wouldn’t go either. So, she really didn’t have an option.
As the woman told the news outlet, she had never been to prom before.

In fact, she didn’t even remember if there was such a thing back at her time.

Miller explained that she only attended high-school for one year and a half, because her father got sick and she had to help on the farm.
So, this was a once-in-a-lifetime opportunity to find out what this prom thing is all about.

Eventually, the big day came and the pair was ready to have the time of their lives.
When they entered the hall, they caught everyone’s attention right away.

Boys and girls couldn’t help looking at them and cheering for them.

“Walking beside my great grandson, listening to this music as we walked and people clapping and hollering,” Miller recalled of the night.
As her great-grandson added, the rest of the students were excited to see them.
“We walked out on the floor, and everyone just went wild,” Wallon said.

The pair’s dance stole the show and it certainly brought tears to many eyes.