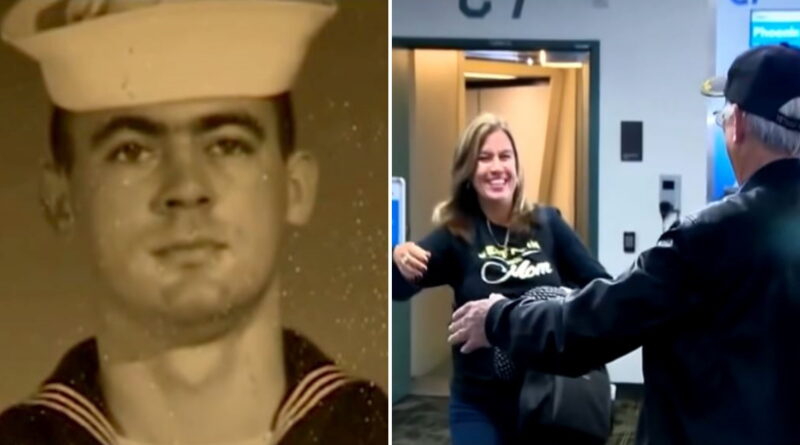 Life has surprising ways to catch up on you, and for this 78-year-old veteran, it was the best gift he could ever hope for.Gary Barnes, a Vietnam veteran living in California, had vowed to never have children. He stayed true to that vow until he got a call that would change the rest of his life.
Soon after, he welcomed a daughter in his arms in a reunion he will never forget.Barnes, much like most of the young men in his time, was asked to serve in Vietnam.During his service in the Southeast Asian country, he spent his time in the neighboring nation of the Philippines for rest and respite.
Naturally, for a lonely soldier and a man in his prime, he sought out the company of women. This led him to a lovely Filipina who he, unfortunately, had to leave when he was called back to service. It would be the last time he’d ever see or hear from her again.

Fifty years later, a woman is on a mission of her own.
It all started when she submitted her DNA test to Ancestry.com. Olivia Robles’s only intention was to learn her true ethnicity. While she knows that she was born in the Philippines, she never knew much about her family’s life or the lineage before her.

However, her submission snagged an unexpected match to a “distant cousin”. After some exchanges, Robles and her cousin traced her connection back to a man living on the other side of the country.

It was then that Barnes received a proposition through a phone call – undergo a DNA test to see if Robles is the daughter he never had.
“For individuals who have always had their parents all their lives, it’s just something a lot of people really take for granted,” Robles said to WTSP. “You have that longing.”

After the results came in, Barnes and Robles didn’t waste any time.
They met the first time in person when Robles flew to California. Nervous and a bit emotional, Barnes hugged Robles tightly as she exited the gates.

With Robles at 50 and Barnes at 78, he didn’t just gain a daughter, but three grandsons and a great-grandson as well. The newly reunited family was keen on making up for lost time and spent Christmas together with Robles’ family in Tampa.
The retiree was leading a quiet life, but now, he’s included in a bigger picture of a family that welcomed him. He even joined Robles in New York where her youngest son was finishing up his first year at West Point.

He was given the honor of pinning his grandson’s first badge – grandfather to grandson, one soldier to another.

Fortunately for them, Robles has taken a job out west, as her sons are all grown up. Her new career near Los Angeles is only a few hours drive to Barnes who was living at Grass Valley.

And while his life has changed drastically, Barnes was still thankful for what the “divine providence” has given him.
“More important than anything in life there is family,” he said to WTSP.

He might be late to the party, but he’s willing to be part of it especially in the years to come.