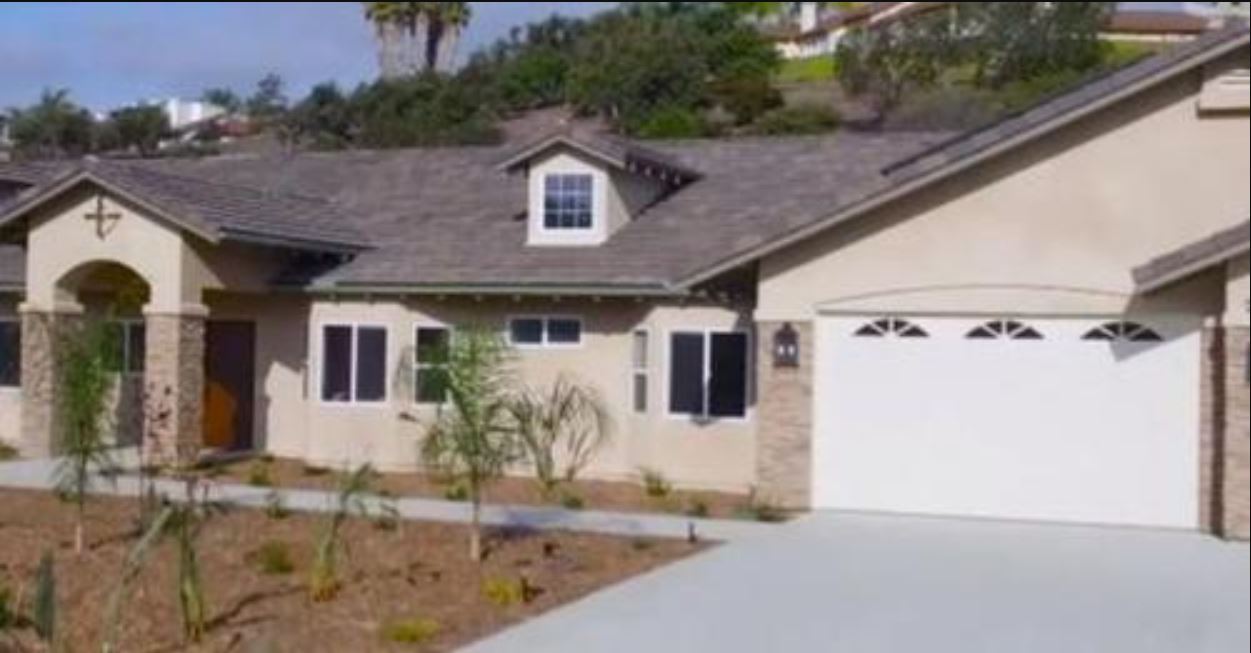 He’s one of the kindest celebs in all of Hollywod.
The body is broken, but the soul is whole.
As actor Gary Sinise puts it, “It’s a dangerous business, defending our country.”

In times of war, the men and women of the armed forces are at the forefront of every battle. And through the hailstorm of fire and metal, most of them emerge with wounds both physically and emotionally.

One such soldier is U.S. Marine Corps Staff Sgt. Jason Ross.
Sgt. Ross grew up in Livermore, California. In his younger years, he knew that joining the military is something that he wanted to do.
Veteran amputee has no idea he’s about to be given a house by a famous Hollywood celeb
At 18, he enlisted in the United States Marine Corps. He has just gotten out of high school by that time but his family was supportive.

While his dad was, as he described, “all for it”, his mother was a bit reluctant. Sg.t Ross, after all, was her baby.

Sgt. Ross trained as an EOD or Explosive Ordnance Disposal.
This dangerous job involves looking for and detonating explosives most especially improvised explosive devices that treacherously endanger the troops.

The dangers of his new designation were not lost on Sgt. Ross. He said that the best advice he got when he was starting out was to think that he was already dead.

Those words almost became a reality.
Sgt. Ross was moving back with his unit when they crossed an open field. He followed the route of the three other soldiers in front of him and assumed that the place was safe.

Then, as he stepped on one spot of the field, he heard a bang. The next thing he knew, he was on the ground. When he came to, he saw smoke coming out of his gloves. At that point, he was convinced that he was not in the best shape.

He was transferred back State-side to recover from his wounds.
Sgt. Ross’s life, however, was already changed. He lost both of his legs. But even with the severity of his injuries, Sgt. Ross survived the entire ordeal.

It didn’t take long before his new reality dawned upon him and his family. They all knew it was going to be difficult but his family pushed through.

That’s when he met Gary Sinise.
Gary Sinise opened a foundation to support veterans. The idea came to him when he played Lieutenant Dan in “Forrest Gump”. Through his encounters with wounded veterans, Sinise saw an opportunity to help.

The Gary Sinise Foundation was established to help veterans create a life after being broken. And the foundation wanted to build a “smart home” for Sgt. Ross.

The idea is to create a home where a badly injured soldier could still be independent.
Sinise explained that they’ve done these homes a number of times and that the people he worked with knew what to do and how to do it.

The bungalow boasts a spacious living area so Sgt. Ross could easily wheel himself in. Every part of the house was tailor-fit so that Sgt. Ross could live his life independently.

For Sgt. Ross and wounded veterans like him, this isn’t just a home.
This is empowerment. This is proving that there is still life after everything he’s been through. That he can still become what he wants himself to be and in the safety and security of his own home.

“He has inspired me. He has motivated me and people like Jason are the reason I started the Gary Sinise Foundation.” The actor said in the video, “I just want them to have a happy life going forward and to know that their service meant something.”