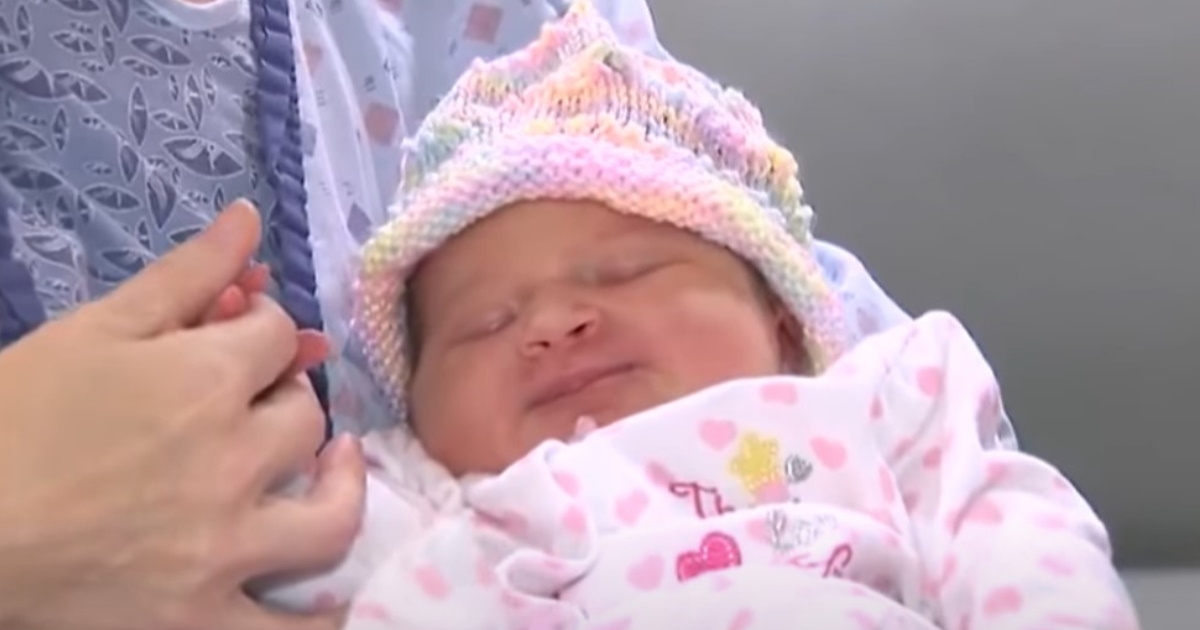 Parenting is a big step for anybody, but it’s even more shocking if you find out that you’re pregnant only a few minutes before you give birth. Judy Brown was 47 years old and wasn’t expecting to be a mother when a turn of events sent her to the hospital, and into the world of parenthood.

At first she thought she was having pain in her intestines.

Judy Brown and her husband, Jason decided to go to the hospital late one night. Judy had been having pain in her abdomen, and at age 47, thought that the only possible answer was something was wrong in her gut.

But when a doctor saw them, they gave very different news: she was about to have a baby.

What they thought was intense stomach pain was actually something very different. At her age, Judy didn’t think that it would be possible, but the doctors informed her that not only was she going to have a baby, but she was in labor at that very moment. Her abdominal pain was because she was due to give birth shortly.

In fact, she gave birth an hour after receiving the news.
It was a shock, but Judy and Jason took it in stride. She gave birth to a healthy baby girl who they named Carolyn Rose.
This is their first child, and although this birth was a surprise, they are so excited to raise Carolyn. Jason had this to say about his excitement for his new role as a father:

“Now I have a new purpose in life…I’m already a big kid myself, so now I have one to be with,” he told Salem News.

Having a baby was not in their plan for life, but the couple is thrilled about this turn of events.

They had to make some big decisions on the spot, but they seemed up for the task. Judy had already been not working when she gave birth, so the couple decided that she could continue that and be a stay-at-home mom. Jason works at a warehouse and drives a cab on the side, but he was able to get some time off to adjust to parenthood and help take care of his wife and baby.
Despite the joy of having a baby, the Browns are certain that they want only one child to lavish with love and support. Becoming a parent for the first time is a life-changing experience, but these two seem to be taking it in stride.

There were very few signs beforehand that Judy was pregnant.
Judy did not have the symptoms that most people consider telltale. She had no food cravings or morning sickness. Aside from some weight gain, which she attributed to getting older, Judy didn’t notice anything different in the 9 months of her pregnancy.
Given that there was no indication she was pregnant, the couple was underprepared, to say the least. They did not have the typical 9 months that most new parents have to stock up on supplies, babyproof their house, and take parenting or birthing classes.

Fortunately, their community was ready to step up and help them settle into this new life.

The Brown’s family and friends were all very excited to follow along on their journey into parenthood. By the time the new parents were bringing their baby daughter home, people had already provided a new car seat and other essentials, such as a bassinet.
Many of their loved ones knew that the couple did not plan to become parents, but are overjoyed at this turn of events. Some family members are even calling it a “miracle.” This little girl is sure to be surrounded by love and support as she grows up.