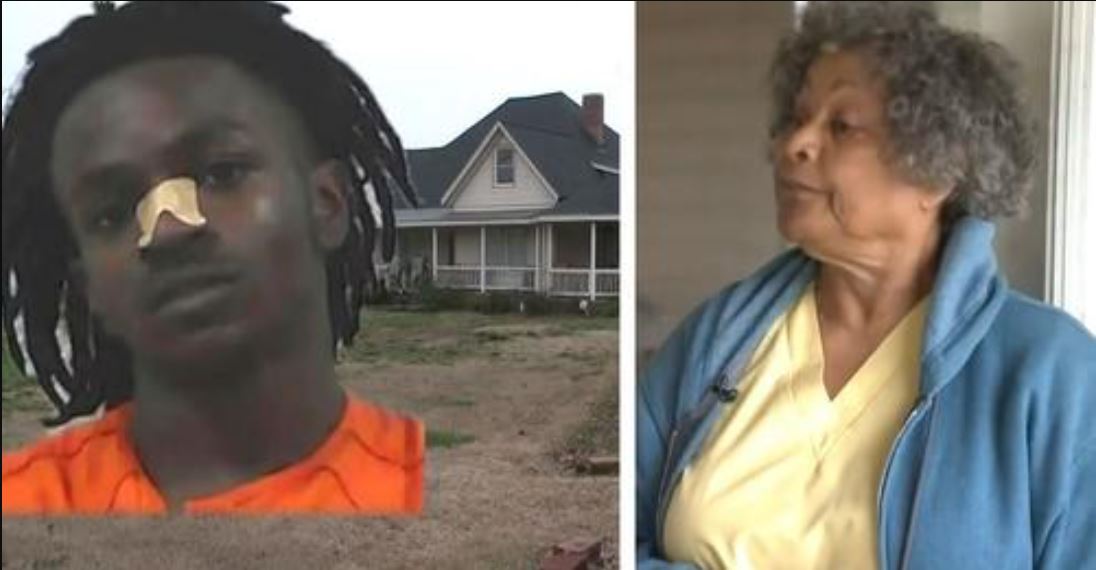 Burglars get more confident the more success they have. What they don’t keep in mind, though, is that one day they’re going to break into the wrong home.

Gwendolyn Agard, a grandma from Jackson County, taught one burglar a lesson.

When a 20-year-old intruder broke into her home with a rubber mallet, Gwendolyn had to think fast.
She was elderly and had no one nearby to help.

She called 911, and there was an audible hint of fear in her voice. But don’t go around thinking she just stood in fear. Grandma Gwendolyn wasn’t that type.

The old lady kept some firearms in her home.

Gwendolyn happened to have both a .38 and a .45 caliber pistol in her possession.

Most people hope they never have to use them, but this is exactly what Gwendolyn kept them for.

And we can’t say Gwendolyn didn’t warn him.

Right before he came inside, Gwendolyn exclaimed, with a lot of profanity, what her plan was.

“Motherf*, if you come in here you’re a dead son of a b.” – Gwendolyn’s exact words, as she told 11Alive the story

If the gunshots didn’t scare him, her confidence and attitude definitely made an impact.
To make things worse, and also a bit stranger, the intruder was naked. He had no pants on, which Gwendolyn confirmed to 11Alive. He’s certainly bold.

“He didn’t have no pants on – he was naked!” – Gwendolyn described
Gwendolyn continued to clarify that he wasn’t welcome.
She fired a warning shot from her .38 revolver hoping it would scare him off.
That did nothing, and the man proceeded upstairs to ransack what he could. It was obvious now that she had to get serious. She got her .45 revolver ready and called 911.

“Please hurry…Lord have mercy”, she told them.

But being afraid doesn’t mean she was defenseless. In fact, one could argue that both people and animals are at their most dangerous when they’re scared.

Right when the man tried to come back down the stairs, Gwendolyn fired a shot from the .45.
The man finally realized that grandma wasn’t defenseless or playing nice.

Upon hearing the gunshot from the .45, he exclaimed “Are you trying to kill me?”

Gwendolyn responded, “Oh, you finally got the message!”

As much as having a firearm helps, Gwendolyn wasn’t free from danger. This was still a dangerous stranger, and she was an old lady.

This went on for ten more minutes. Grandma Gwendolyn warned him that she had a clear view of him.
Realizing he might be in more danger than her, the man hid in the upstairs closet.
I guess the .45 really did get the point across.

Fortunately, authorities arrived at the end of those ten minutes. They finally arrested the naked home intruder.

“I don’t know what his intention was, but I know what mine was.” – Gwendolyn told 11Alive

How could a 79-year-old woman be so bold and ready to fight back?
Well, she had something to keep living for.

“I thought, ‘I couldn’t die without my children.’ And, I just got this burst of energy.”

Well, I’m happy that she’s okay, and I’m sure her grandchildren are even happier.