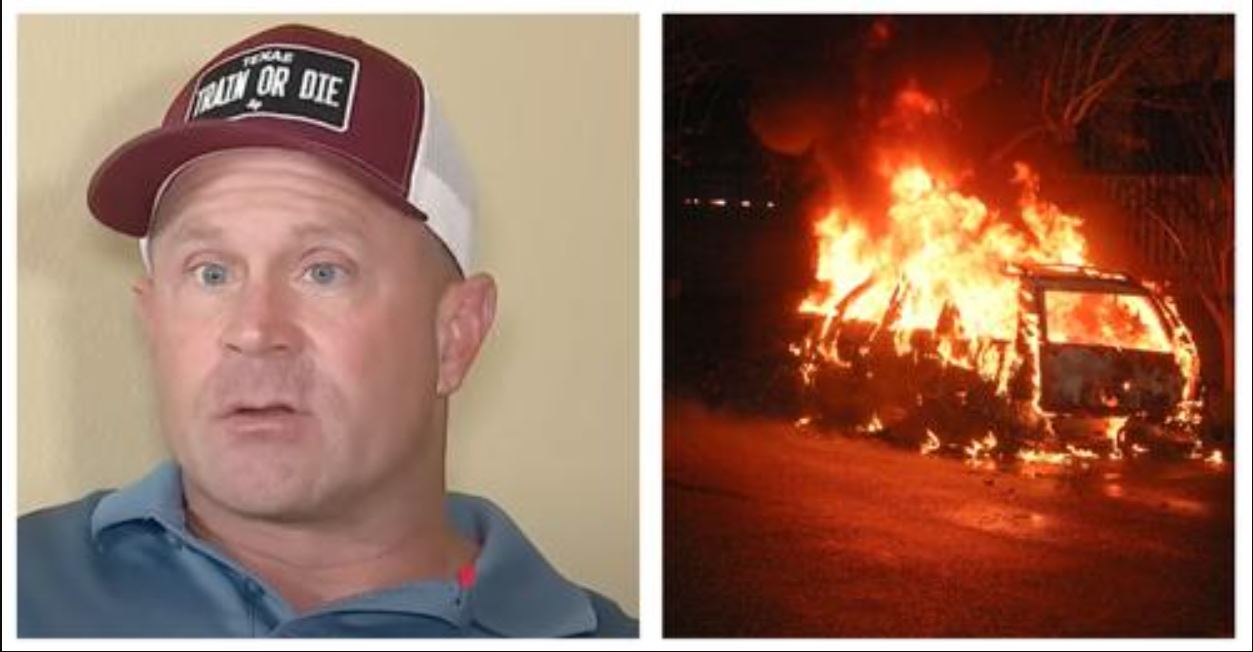 It was the usually busy street, people were traveling, and kids were bored.

A family from Oklahoma was on their way to visit their relatives in Iowa when something happened that would forever change the lives of two families.

In that car was 31-year-old Sacha McNack, along with her three kids, 9-year-old Alex, 6-year-old Maddie, and 3-year-old Joey.
Behind them, James was also driving for his work in South Dakota.

He had been driving near McNack’s vehicle and had also noticed her kids. Then, suddenly, he noticed her car was swerving.

It happened too fast.
McNack’s car went off the road and crashed into a tree. Then he noticed smoke coming out.

James got out of his own car and ran towards her vehicle.

“And all I could hear was the mom,” he recalled, his eyes full of sadness.

He still remembers her exact words.

“Can you help me? I’m trapped in here and the car is on fire,” McNack said to him.

He said that he didn’t think the car was on fire and said it might just be the smoke coming out of the airbags.

“No, the car is on fire, I can see the flames,’ she said to James as she pointed where she could see the fire.

He understood the severity of the situation and told McNack that he’ll get her kids out.

James, who had served as an overseas Navy medic, was alert and agile.
In no time, he got all three kids out to safety. He pulled them out of the car and carried each one to a safe zone.

When he was about to rescue their mother, the flames were already too big.

“The flames were just so bad that I couldn’t get to her,” James teary-eyed as he recalled how he tried to save the mother as well.
McNack was trapped under the steering wheel, and the fire was out of control.
According to James, it even took the first responders over two hours to control the fire.

Sadly, McNack died.
They also treated James because he inhaled smoke and had a hard time breathing. They brought the kids to the hospital, and they were given the medical attention that they needed.

You can clearly see in James’ eyes that he was sad.
The kind-hearted man didn’t think of his amazing gesture of saving the three kids. He thought of their mother, the woman who he failed to save.

“They’re alive because of what he did,” James’ wife, Brandi, shared.

He felt so sad for not saving the children’s mother, even though he tried his best.
“It’s a failure if you don’t get mom, right, is the way I look at it, but it just wasn’t possible,” James shared with Fox 4.
According to James, Alex, the oldest boy, shared a shocking dream with him when he visited.

“Yeah, the oldest boy told me when I saw him the other day that when he was taking a nap, that God told him they’re going to be in a wreck, but he was going to be OK,” James shared.

Maddie, the 6-year-old, is now paralyzed but is receiving treatment.
All kids are having a hard time, and James wants to be there if they need him, through their hardships and even their accomplishments.

Last July 7, Fate City Council proclaimed July 6, 2022, as “Sean James Day” in the City of Fate, a recognition given to James for his selfless act of saving the kids.