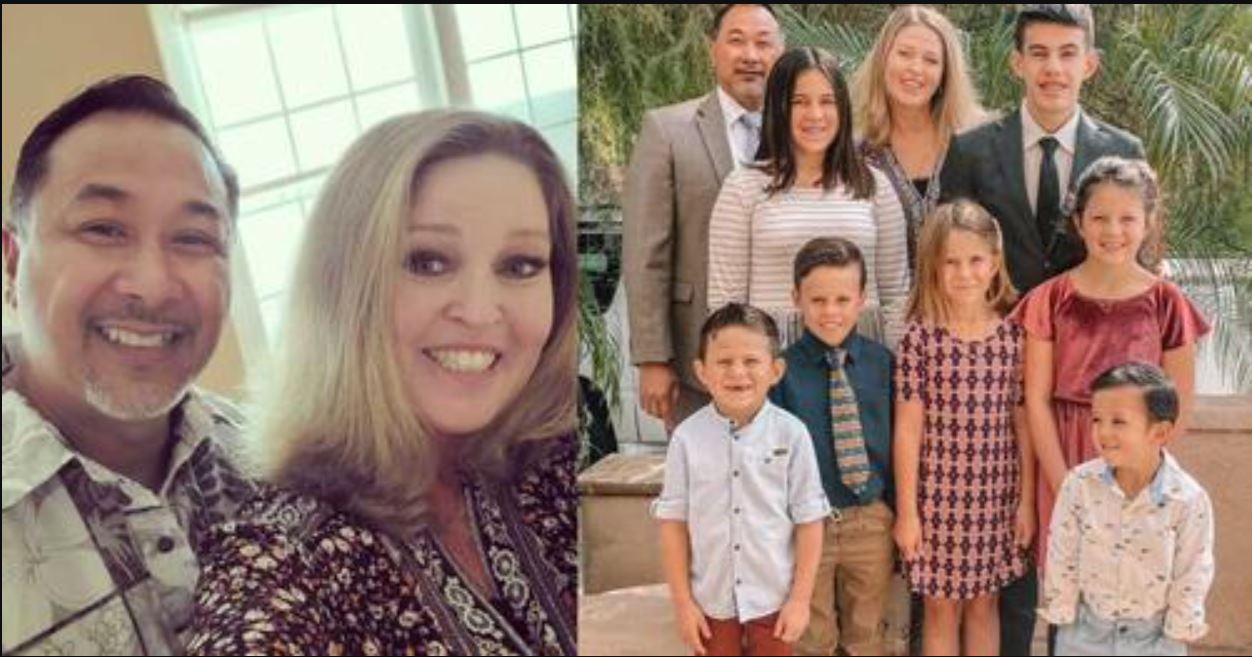 A heartbreaking story caught Pam Willis’ attention as she scrolled through her Facebook feed. There were seven siblings looking for a permanent home.

The children had been in foster care for over a year after losing their parents in a car accident in May 2018. Their 42-year-old dad and 31-year-old mom died when the car flipped.

The kids suffered varying degrees of injuries during the accident. All of them were not life-threatening. Having no other family to care for them, the four brothers and three sisters were adopted.

“I just knew I was supposed to be their mom,” the 50-year-old told TODAY Parents.

Pam Willis and Gary Willis with their seven adopted children
Instagram
Five adult children are shared by the couple from Menifee, California. Fostering kids has been a part of their lives for years. Pam was certain that Gary would disagree, however, because they had never discussed adoption.

“I thought Gary was going to tell me I was a wacko – we were about to retire,” Pam recalled.

To her relief, Gary felt the same way.
“I hate the thought of having a six-bedroom house that’s empty since my kids have grown up and moved out. Pam told Metro UK, “I didn’t want all these rooms, but nobody to live in them.”.

On the same night, they called the number listed at the bottom of the article. Thousands of calls had already been received from people interested in taking in Adelino, 15, Ruby, 13, Aleecia, 9, Anthony, 8, Aubriella, 7, Leo, 5, and Xander, 4.

Pam and Gary were matched with the siblings two months later!

The Willis family all dressed up for church
Instagram
A great deal of trauma had been experienced by the kids during the screening process. The family often lived in homeless encampments because their late parents struggled with addiction.

According to Pam, it was easier to connect with the younger kids because “they were just desperate for permanence.” The older two were trickier, however, and Pam fully understands why.
“I think they didn’t quite trust us. Maybe we were going to go away,” she said. I think it’s so hard to trust when so much has been taken from you. She didn’t know how to be a kid. It was very difficult for her to be a mother figure at such a young age.”

Pam said the children have been a joy to be around since moving in with them in June 2019. Their biological older children even call them “mom” and “dad,” as well as developing close relationships with them.

During the first six months, there was a lot of adjustment involved. It was difficult for the kids to sleep and they often had nightmares. Her then-7-year-old son came into their room one night. Upon being asked if she had a bad dream, Pam replied, “No, I just wanted to make sure you were still here.”

Pam Willis and Gary Willis with their 12 children
Instagram
Pam and Gary proved they weren’t going anywhere. The seven siblings were officially adopted in August 2020!

Pam recalled the experience as “awesome.”. During COVID, we brought a big screen to the park so everyone could watch and cheer. There was so much love there.”

Now parents of 12, Pam and Gary share their family’s adventures on Instagram, where they have 41,000 followers! Be inspired by their story and incredible generosity by following them.

How did you feel about this story? Comment below and let us know what you think!