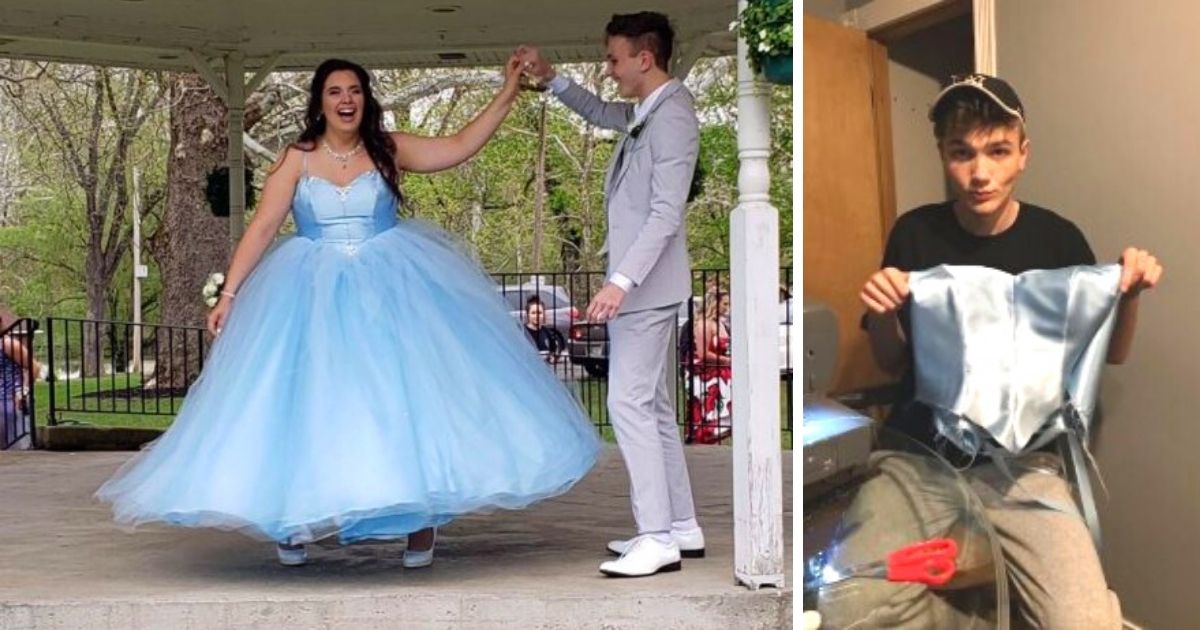 When Addi Rust decided to go to prom with her best friend Parker Smith, she had no idea about the high cost of the night. But fortunately for her, her creative date got to work to create a specialized, dream dress.Neither of them knew what would happen next. Making this dress for Addi launched Parker down a path that helped him find his career path and dream job.

He decided to do this after realizing how expensive prom dresses are.He became motivated to create something unique for his date after they both realized the high cost of prom dresses.According to USA Today, the average cost of prom per teen is $600.

That is quite expensive and if you don’t want to spend that kind of money, making a dress at home is a great backup option.

Initially, Addi was only joking about Parker making her the dress. But after some careful thought, Parker was up to the task. He had never sewn anything before.

He didn’t have any experience with sewing before making this dress.

Parker was determined to make his date her dream dress though.
With no prior sewing experience, he began by sketching an idea based on what his date wanted and then going to his grandma to get some sewing lessons.

He worked on the dress for months and didn’t stop adding finishing touches until the night before prom. He tells Fox59:

After wowing his date with the dress he made for her, more requests for dresses came.

Addi says that when Parker showed her the final product, she teared up.
The dress meant so much to her and it was truly her dream gown.
When his story hit the news, other clients came calling.
Soon, local theater companies started asking him to make costumes for their productions, and Parker was more than happy to take on the challenge.

For one production, he designed Cinderella’s costume that has to turn from a peasant dress into a beautiful ball gown.

Despite all his success, Parker is still surprised by the reception.

He is shocked that something so special could have happened for him. Additionally, this chance to create has had significance for him personally.
“Extremely sentimental to me. Especially when you see everything all together, and there’s just no other feeling. It’s just crazy to think that something like that can come from, like, a simple kid…It only enriched the kid I know myself to be already.”
This teen is now eyeing a career in design.