11-year-old Genius sets out to show Stephen Hawking is wrong about God with convincing theory. 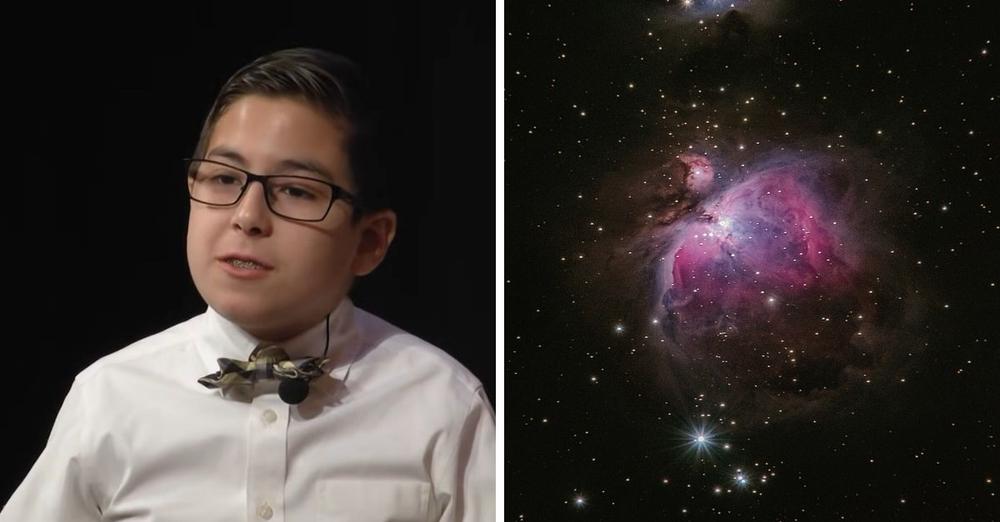 The existence of God, the creation of life, and the universe are topics that we avoid because they can lead to debate.

Scientists argue that God simply does not exist, and they can “prove” it through scientific facts.

But have they ever proved it?
Stephen Hawking, for example, is one of the firm believers that God is not real.
11-year-old Genius sets out to show Stephen Hawking is wrong about God with convincing theory.
Stephen Hawking theorized:
“Before we understood science, it was natural to believe that God created the universe, but now, science offers a more convincing explanation. What I meant by ‘we would know the mind of God’ is we would know everything that God would know if there was a God, but there isn’t. I’m an atheist.”

Now, most people would beg to disagree with this.

Most of us do believe that there is a God. A God that has created life and has been guiding us until today.

One brave 11-year old boy is brave enough to explain why there is, indeed, a God almighty.

His explanation is hard to argue.

Meet William Maillis, who claims that Hawking’s beliefs are wrong, and he is ready to prove it.

Maillis is not your typical 11-year-old boy.

He is a genius.
This is a title given to him by Joanne Ruthsatz, an Ohio State University psychologist.

Graduation came early.
At the tender age of 9, he graduated from high school.

When he was just five years old, he was able to finish an entire 209-page geometry textbook in just one night.

This allowed him to solve circumference problems.

Also, his faith is unquestionable since he’s also a son of a preacher. That’s why he’s so firm about his knowledge and his beliefs.

Then Maillis flips the script:
“However, if gravity is always working, i.e.: if you jumped off this building, you’re not going to fall 15 seconds later, you’re going to fall immediately, so, if gravity was always working, and the singularity was always there […] then the universe should have no age, it should be infinitely old. But it’s not, it’s 13.8 billion years old.

Then he drops a truth bomb:
“And something can’t come from nothing, because it would have to exist in order to cause itself to exist, which is illogical. So, therefore, something other must have created the singularity, and that something other me observe as God.”

The young boy argues that there is a very powerful force behind the creation of the universe.

That for something to exist, like what the scientists are saying, there is still someone responsible for creating it, and that’s none other than God himself.

Maillis’ theory is, in fact, very promising, but he still wants to be prepared to finally prove this to the world.

But according to his father, Peter Maillis, his son is just like any other kid his age.