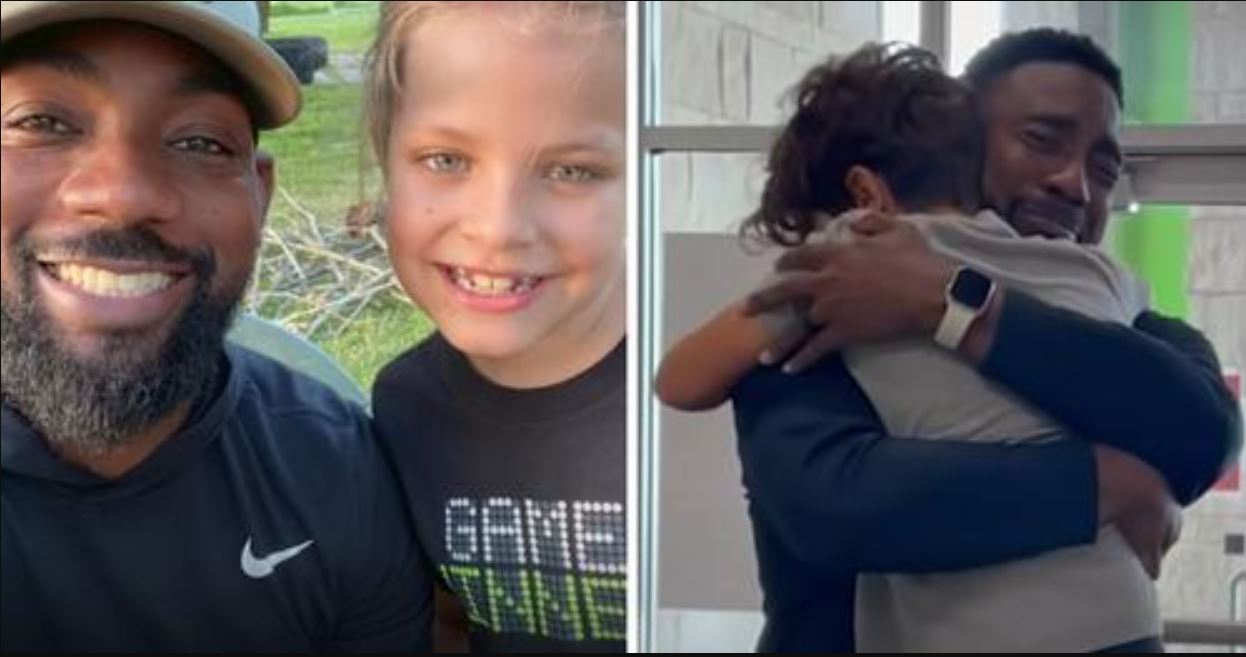 Gifts are one of the best things about life. Not just getting them, either, but giving them! Giving someone a gift is arguably as great as getting one, and UNarguably way more fulfilling. In some situations, however, a material gift is nice, but not as good as something more heartfelt and emotional. For one dad last year, giving a gift to his daughter wasn’t just fulfilling, it was the best day of both of their lives.
Myke Rousell started dating his wife, Sarah, five years ago.
It wasn’t just the two of them, however! They already had families of their own and together, they parented four kids as a couple. When Myke met Camryn, Sarah’s daughter, the two instantly connected. In his words, they were immediately “as thick as thieves”!

Within two years, Camryn was using Myke’s last name, despite not being biologically related to him or being officially adopted by him. Clearly, she loved Myke.

Over time, she started asking if she could change her name to Rousell so she should share the last name of the man in her life that she loved the most. In most areas of her life, Camryn was using Myke’s last name already. In one place, however, she simply wasn’t allowed to.

At school, Camryn was required to use her legal name, even though it wasn’t the one she preferred.

Sadly, the place where she had to publically use her last name the most was the only place where she was required to use her legal name. It wasn’t an overly big deal for her, it just wasn’t what she wanted. But, without Camryn knowing, Myke and Sarah started the adoption process to make things legal.

When it had finally gone through, Myke showed up at her school to surprise her.

Standing in the hallway with a sign with her new name on it, Myke waited for her to get let out of class. As anyone could have predicted, when she saw it, the two immediately ran towards each other and embraced. Safe to say, there wasn’t a dry eye in that hallway, adult or child considered.

With a big hug, the two enjoyed their first moments sharing a name that meant more than just letters on a sheet of paper.

For Myke, giving his name to his now-daughter represented so much. In his words:

“It represented closure. It also helps her, she can bank on someone in her corner, no matter what, and that’s me as her dad.” – GMA

Hearing someone say something like that, it’s easy to see why the surprise was as emotional as it was!

The legal change was so much more than just a name, it represented something more.

Now, sharing the name legally, Camryn can introduce herself to her friends and teachers with a new identity. A name isn’t just a name, it’s belonging, identity, and the knowledge that you always have a group of people to rely on. Camryn and Myke aren’t just “thick as thieves”, they are officially family.