Parents say goodbye to their newborn as life support is switched off, then he starts breathing immediately 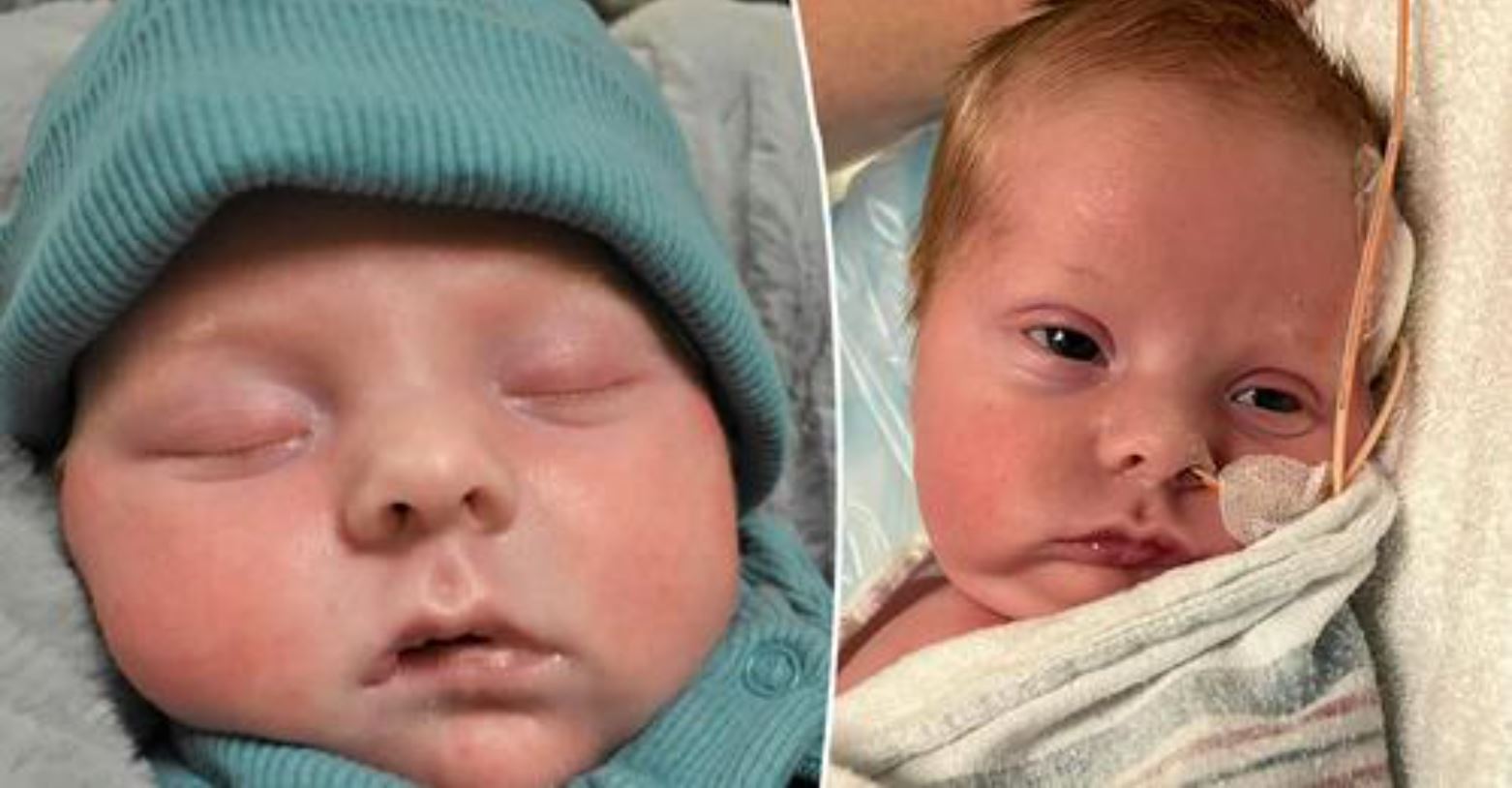 Most moms will agree pregnancy and labor can be a scary time and all you want is to deliver a healthy baby, kicking and screaming.

But one mom was faced with the unthinkable when her baby boy was born with medical issues that left him on a ventilator.

Lisa Hough shared an image of her sweet baby grandson born to her daughter Chelsea and also shared the unthinkable tough decision that her daughter had been faced with.

The mom of three and nana of two said her grandson Karson had been born with many medical complications.

“The only way to describe what has happened is that this beautiful baby boy has suffered two very rare traumatic conditions that are completely unrelated to one another,” Nana Lisa shared on her Facebook page.

She added her newborn baby grandson had suffered a “hemorrhage in the left temporal lobe” and had also been diagnosed with a rare, genetic, metabolic disorder called Non-ketotic hyperglycinemia (NKH).
“His case is presented as severe and would cause him to be severely neurologically impaired – functioning at a 2-3 month old level at best for his lifetime,” Lisa wrote.

His mom, given all the information from the medical staff around her, made the incredibly tough decision to take him off life support.

Lisa wrote of the heartbreaking moment they had to say goodbye to their sweet little one.
“While we weren’t ready to say goodbye to Karson, we had come to terms with the inevitable. We were given 10 minutes after withdrawing intensive care and the ventilator and told he would not breath on his own and to expect his heart to stop within those 10 minutes.”

But, according to Lisa, it seemed “God had other plans” and said she and her daughter witnessed a miracle.

“He immediately started breathing on his own once the ventilator was removed, heart rate and oxygen stabilized, and here we are 5 hours later with this miracle baby that we were told would never breath, swallow, have gag reflexes, or even survive. He is breathing unassisted.
“He is swallowing. He is surviving. He even has slightly opened his eyes a couple times today.”

She said his doctors had no explanation for what happened saying no medical or science data supports this little fighter surviving; the only explanation they have is that it’s a miracle.

“I’m not sure why I ever thought we were so underserving of a miracle…and I’m not sure how long we have with him, but we have him now. And now we will take,” Lisa wrote.

Finally, on March 1, she and her family were given the joyous news that their tiny bundle of joy would be coming home that week.

“Every day, I am brought to my knees, and just when I think God is done, I am quickly reminded that he isn’t….I have no words for my gratitude and I will praise Him for as long as I have air in my lungs for giving Karson his,” Lisa wrote.

From her very first post, commenters were fully supportive of the journey, celebrating the survival of Karson with more than 30,000 reactions to the post announcing the wonderful news that Karson survived and is thriving.