Man thinks he’s watching wife’s last moments after taking off life support till she says, ‘get me out of here’ 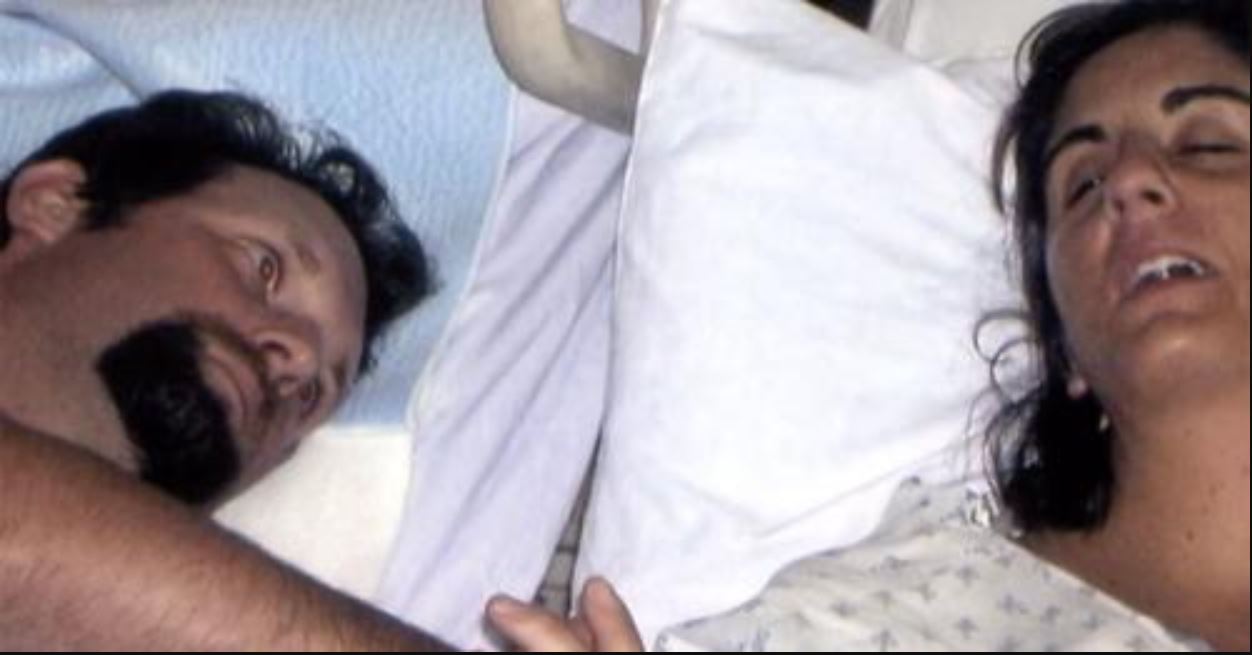 Young couples after getting married to each other, usually think they have decades together, to build their lives and grow. But as we know, life can be incredibly unpredictable and really throw you a curve ball you never expected!

On a Saturday in May 2007, Ryan Finley woke up and everything seemed normal. He looked at the time and realized he should wake his wife, Jill Finley up as well.

“I went to wake Jill up, which is a miracle in itself as I never, ever, do that on Saturday mornings,” he later recalled.

He called her name but she did not respond. Surprised, he began to shake her but got no response from her even then. After that, he started to get nervous and scared. Ryan immediately called emergency services while simultaneously performing CPR on his wife.

After paramedics arrived, they quickly transferred her to an ambulance to take her to a hospital. He followed the ambulance closely behind in his truck.

When they got to the hospital, and medical professionals assessed Jill’s condition, they came to the conclusion that she had suffered from a cardiac arrest.

Jill underwent relevant medical procedures to help stabilize her, while Ryan waited outside the emergency room, every so often getting an update on his wife’s condition.

When the doctor finally came out to give Ryan an update about his wife, he ended by telling Ryan to pray. Ryan said he realized how critical the situation was, “When a doctor tells you, you need to start praying, I feel it’s about as serious as it’s going to get.”

Soon after, the doctors informed Ryan that his wife was in a coma. He could not believe that his beautiful and full-of-life 31-year-old wife was fighting the battle of life and death.

During the two weeks, Jill was in a coma, a steady stream of visitors came to see her and Ryan and lend their support. One of Jill’s cousins also came, with a Bible in his hand. He stood and read to Jill from the Bible for at least an hour.

He left the Bible with Ryan, telling him to read any passages from it if he felt like it. After that day, Ryan would read passages of the Bible out loud to his wife and hoped she would wake up.

After 11 days of Jill being in a coma, Ryan went home to be by himself for a little while. He debated about whether to pull Jill off of life support as the doctors were suggesting. Doctors believed there would be no improvement in her condition and advised to take her off of life support.

He knew the fact that it meant Jill might pass away soon after, but the next day he told doctors to go ahead and pull the plug on his wife. On the 14th day of her coma, life support was withdrawn from her.
About 5 hours after she was removed from life-support, Jill started to move and mumble. Ryan was unable to watch what he thought were his vibrant wife’s last moments and stepped out into the waiting area till she passed.
He recalls the next moments clearly, “The nurse came out and said, ‘I think you need to come in, she’s talking.’”

He went in expecting to have a final conversation with his wife. He recalls, “I walked in and Jill was talking. First thing she said was, ‘Get me out of here. I want to go home.’”

Ryan was shocked but unsure whether it was just lucid muttering and hence proceeded to pepper her with questions she could only answer if she was fully there. He asked her their pets’ names and a few mental math questions, all of which she answered correctly. She even asked to go to her favorite Mexican restaurant for dinner.

Jill later said she did not remember the coma, all she felt was that she had been away for some time and had then come back. In an interview, Ryan was asked what he thought brought his wife back, he replied back immediately saying, “God. Divine intervention. I honestly feel that way.”

Not everything went back the way it was after Jill had woken up. She had to relearn some of her motor skills like brushing her teeth or tying her shoe laces all from scratch.

The couple takes this as a second chance at life and their relationship and ensures they are always by one another’s side. As for Jill, she says Ryan made the right call by removing her from life support since she would not want to spend her life as a “vegetable.”

The anxiety and fear from the entire episode still remain for Ryan, he says he always makes sure she is still there. He says, “there’s still not a night that goes by that I don’t wake up. I’ll usually kick her and if she kicks me back, I know we’re OK.”