Sgt. Barry Sadler’s ‘Ballad of the Green Beret’ proves to be a timeless classic 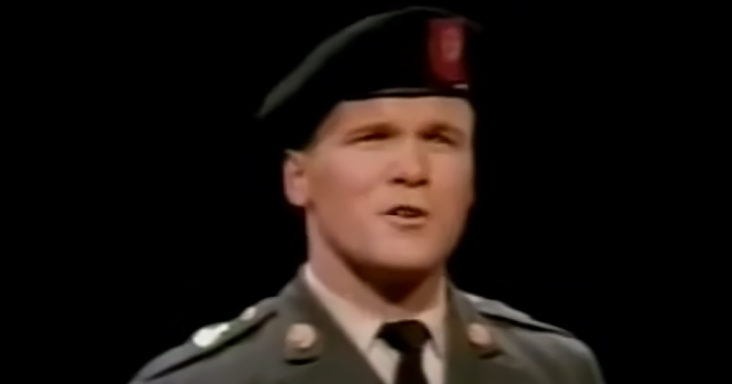 Barry Allen Sadler was an American soldier, singer/songwriter, and author, best known for his patriotic “Ballad of the Green Berets,” a #1 hit in 1966.

He served as a Green Beret medic in the Vietnam War from late December 1964 to late May 1965. By the end of his career, he had achieved the rank of Staff Sergeant.

In 1966, he performed his famous song “Ballad of the Green Berets” on The Ed Sullivan Show. The video of this performance has made a comeback on Youtube, amassing over two and half million views.

The Green Berets are regarded by many as the most elite special operations unit in the United States. The name is a product of the signature service headgear that they wear.

The unit was inspired by purpose-formed special operations units like the Alamo Scouts, Philippine guerrillas, First Special Service Force, and the Operational Groups (OGs) of the Office of Strategic Services (OSS).

Sadler had won many awards throughout his career, including the Purple Heart, the US Army Special Forces Insignia, the Expert Marksmanship badge, and many more.