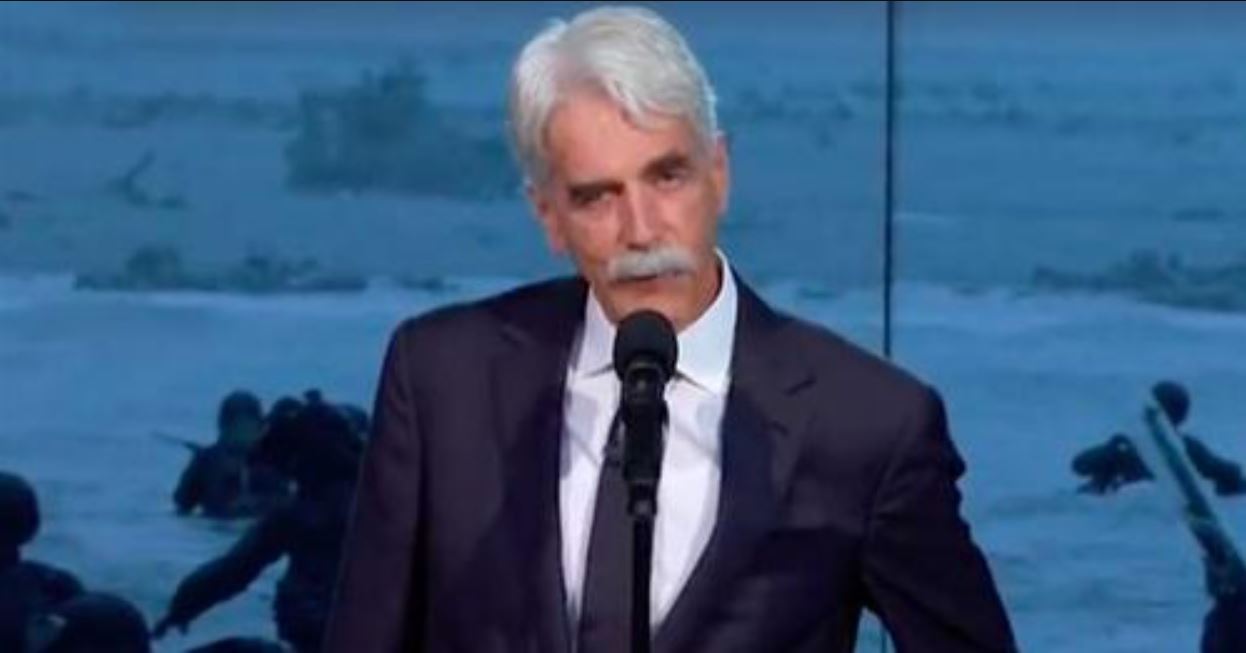 “It was total confusion. Shells exploding, boats blowing up, people yelling because they couldn’t hear anything, machine gun bullets hitting the water all around you, the roar of the boats coming in. It’s like you’re all alone in the world of a million people because you’re concentrating on what you have to do,” Sam Elliot read.

“I just kept going. I was thinking of only one thing — getting to the men who needed me,” Sam continued. “You did the job you were trained to do. If you didn’t, you died.” Towards the end of the story, Sam closed with Sgt. Lambert’s words about the men who lost their lives that day.

“People who have never been in a war should understand what soldiers give up. The guys we left on Omaha Beach never had a chance to live the lives they dreamed of. A day hasn’t gone by when I haven’t prayed for the men we lost and their families. I still wake up at night sometimes thinking about the guys. Every man that walked into those machine guns and that artillery fire on Omaha Beach that day — every man — was a hero. What kind of person would I be if I didn’t tell their stories?”

What an incredible, moving story. Sam Elliot walked up to Sgt. Lambert after he left the stage to shake his hand. “It’s such an honor to tell your story,” Sam told the American hero. May we always honor our veterans and remember the sacrifices they all made for each of our freedoms.