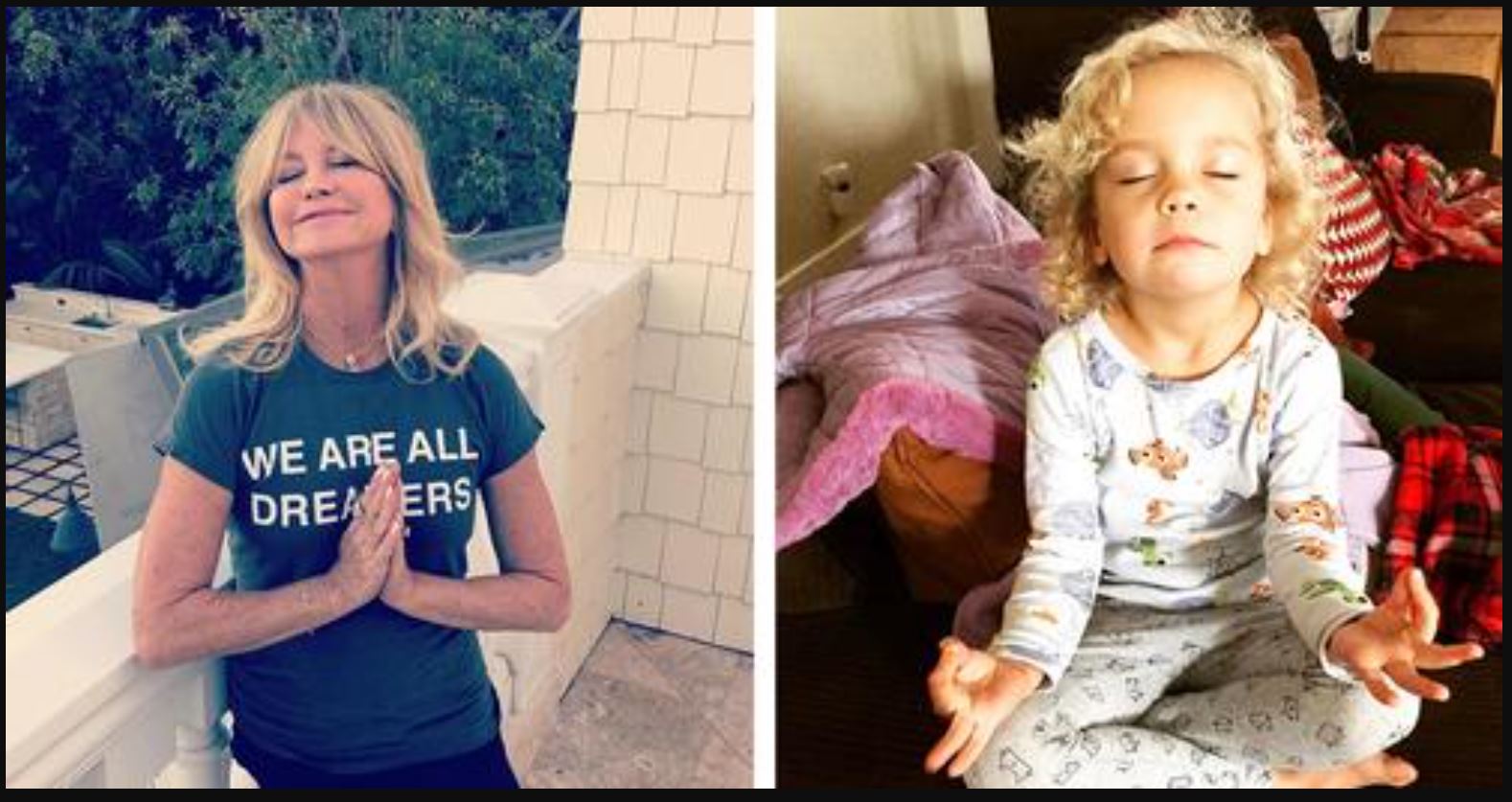 Goldie Hawn is a Hollywood superstar that you can’t help but tune into, not only is she ageless, has a super strong and cute relationship with partner Kurt Russell but is probably the most fun person in Hollywood.

As a mother of three and stepmother to one, she also has six grandchildren, and her social media shows just how much this screen star is a doting mother and grandmother.

Hollywood romances aren’t known to last very long. Celebrity relationships and marriages come and go all the time. But Goldie Hawn and Kurt Russel are definitely an inspiration on how to make it work after decades together.

Goldie got together with the love of her life and fellow Hollywood star Kurt Russell in 1983. The couple are still very much in love and adore each other more than three decades later; the couple don’t even feel the need to marry.

“So as long as my emotional state is in a state of devotion, honesty, caring, and loving, then we’re fine. I like waking up every day and seeing that he is there and knowing that I have a choice. There is really no reason to marry,” Goldie told Woman’s Day in 2007.

Meanwhile, Kurt told the Daily Mail newspaper in 2018: “Everyone has their marker on what is really important and where you draw the line. For Goldie and me, that core value was this: the kids come first.”

Goldie puts all children first through her program MindUp as part of the Goldie Hawn Foundation which has been helping to create better environments to help children thrive in school and in life since 2003.

Her love of her own children is apparent whenever you see her with her daughter Kate Hudson, a Hollywood star in her own right. Goldie had daughter Kate and her older brother Oliver with second husband Bill Hudson.

The entertaining mother and daughter duo recently guest presented the Ellen show where Goldie joked about how close she got when daughter Kate was having her most recent baby Rani Rose Hudson Fujikawa, now a one-year-old.

“The doctor was in there and I could see the head and then it disappeared,” Goldie animatedly declared on the show. “And I’m looking over his shoulder, then the doctor turned to me and said ‘Goldie if you get any closer you’re gonna fall in.’”

It’s hard to believe this blonde bombshell who we all remember from classics like Overboard, Private Benjamin and the First Wives Club, not to mention the most recent Netflix Christmas hit The Christmas Chronicles where she plays Mrs Clause to Mr Claus played by partner Kurt Russell, is 74 years old and a grandmother.

This famous actress, dancer, and producer has been making the world laugh for decades but her true love is clearly her family.

Goldie recently shared a fun photo of one of her youngest grandchildren Rio who is 7 years old.

The likeness between Rio and her “GoGo,” the name Goldie’s grandchildren have given her is uncanny and fans can’t get enough of this adorable snap.

Goldie was having lunch with Rio when she snapped the picture. She captioned it, “Christmas lunch in Aspen with a chip off the old block! Happy upside down lunch to everyone everywhere.”

Just a few weeks before she posted a picture of herself with Rio attending a MindUp event where singer Barry Manilow was honored.

“Couldn’t have picked a better date than my granddaughter,” she wrote.

It’s clear this Hollywood legend has nothing but adoration for her family.

“I look at our kids and grandchildren and there’s nothing in the world that could make me as proud as I am of all them,” she said, as per Australian Women’s Weekly.

“Being a grandmother is amazing, I love it,” says Goldie. “It brings incredible joy. Family is so important.”