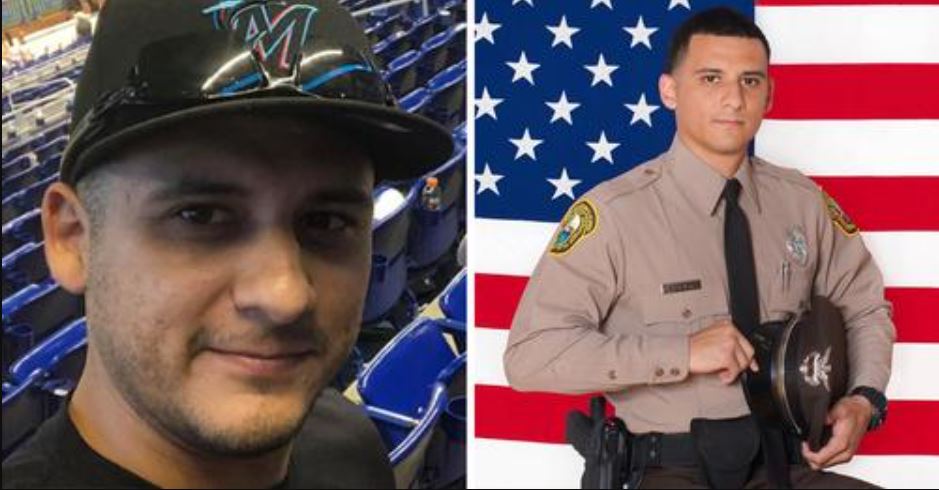 The Miami-Dade Police Department have confirmed that the officer shot in pursuit of an armed robbery suspect three days ago has died.

According to tragic reports, Detective Cesar “Echy” Echaverry, 29, was shot by a suspect in Miami on Monday night. He was rushed to Jackson Memorial Hospital, where medical professionals worked to try and save his life.

Sadly, however, his injuries proved too severe. In a tweet put out on Wednesday evening, Miami-Dade Police Director Freddy Ramirez confirmed that Echaverry had passed away after “a brief battle.”

Ramirez said via the tweet: “Officer Echaverry died in the line of duty while serving & protecting our community. Our law enforcement family will continue to stand beside & support the Echaverry family through this difficult time. We’ll never forget Officer Echaverry’s bravery & sacrifice. Godspeed, brother.”

As per Local10 News, Echaverry was a member of the Miami-Dade Police Department’s Robbery Interventional Detail.

Sources say he and other officers were in pursuit of a while vehicle involved in an armed robbery when its driver, after ramming police vehicles and a civilian vehicle, stopped and tried to flee on foot.

Detective Echaverry was shot in the head during the confrontation. His family had remained by his side at the hospital, praying for a miracle.

As per reports, a second suspect was tracked to the Miami Springs hotel, where he was also shot dead.

Law enforcement officers gathered at Jackson Memorial Hospital on Wednesday in a show of support for Echaverry, an FIU graduate and bike enthusiast.

Friends told reporters with the Miami Herald that Detective Echaverry was moving up in the force and was engaged to be married.

Rest in peace, Cesar Echaverry. The brave men and women who serve with the police deserve so much more respect than they currently get.