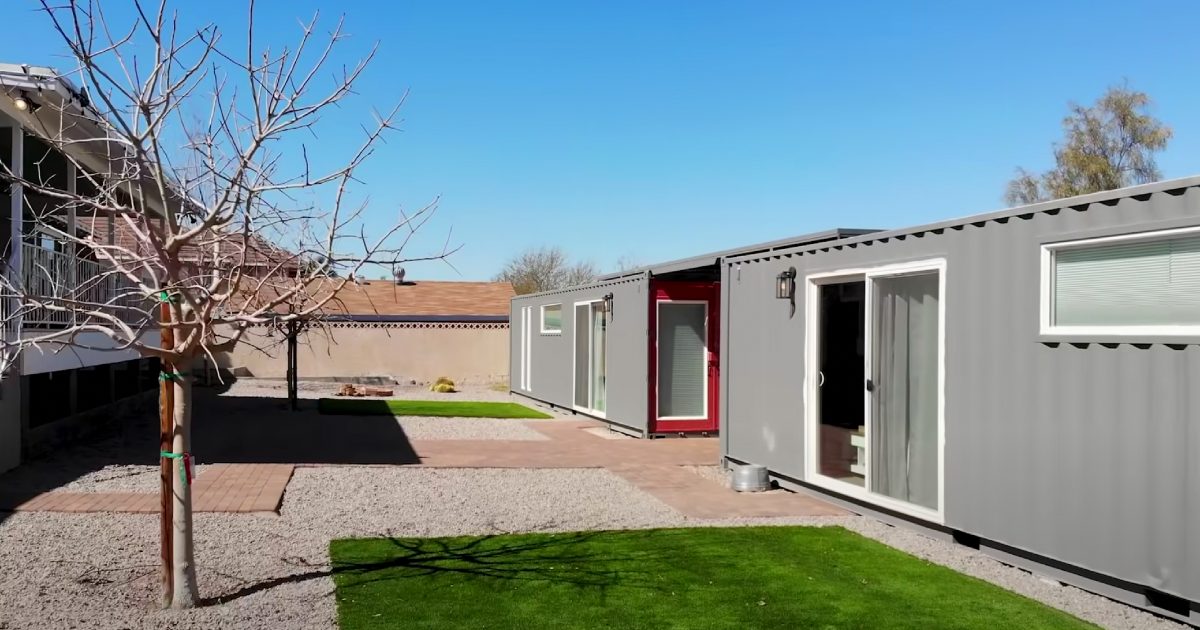 Do you still remember the time when you moved out of your parent’s home?

Independence is something that we all want to have. When you’re young, you want to explore, make your own decision, and learn how to manage your finances.

Some leave for college, and some would decide to move out of their parent’s house.

When Matt and Linda realized their children were already teens, they decided it was time to move out and look for a more spacious home.

They found one with a big backyard, and they thought they could use the space in a few years.
Indeed, after a few years, their two teenage daughters were old enough to move out, but they still wanted them close. So, the couple looked for container homes.

They found two gorgeous containers from Alternative Living Spaces and bought two 340 square feet container home. Each one costs $60,000. If you want them fully furnished, they will cost about $70,000 per unit.

“The girls can live in there but we both have aging sets of parents that are getting older and we thought, well, if we had these storage containers, we have this multi-generational setup that we could put them out there,” said Matt.

Matt and Linda would be able to monitor their kids, Maddie and Ashley, but still, give them the independence and privacy that they wanted.