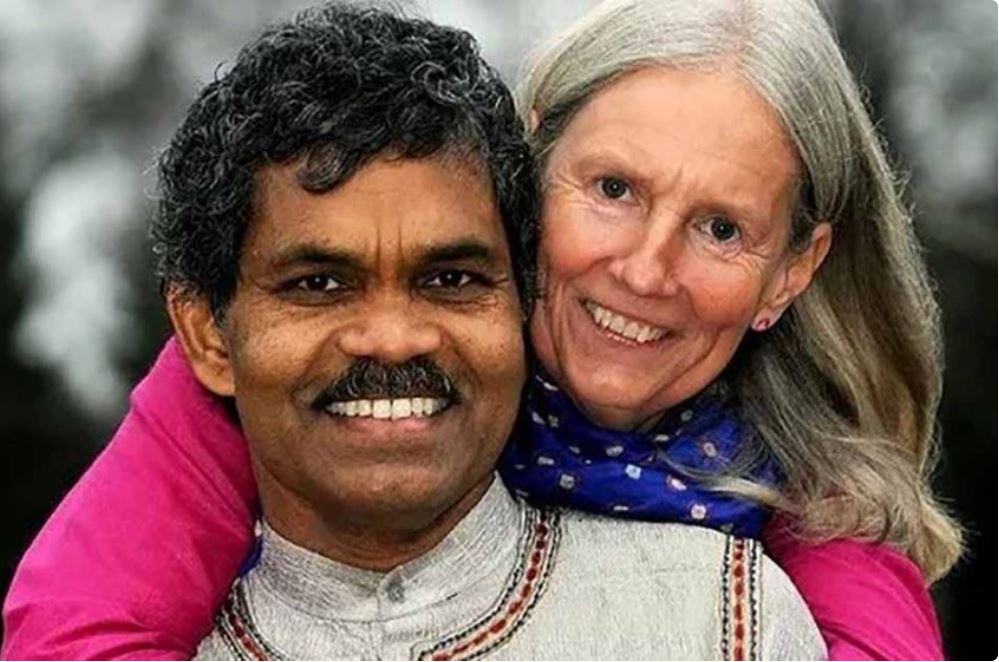 Everyone speaks about real love and its boundaries. They pay attention to age, religion or rase and even risk their true feelings for these old stereotypes. But the hero of this story proved with his incredible and courageous act that there is real love in the world.

In India, the family, where Pradyumna Kumar Mahanandia was born in an ordinary family in India. His parents visited an astrologer, who
predicted that their boy would have different fate. Contrary to tradition, he would marry a rich woman from another country under the sign of Taurus and owning a large land.

Pradyumna’s childhood was really difficult and full of many obstacles. He was treated awfully as he belonged to the lower caste in India.
When he walked near the temple, everyone threw stones at him — something really unbearable! This was a real nightmare for him.

The young Pradyumna met his future love Charlotte von Schedwin in the street where he was painting portraits and the woman came
Dehli as a tourist. After some conversation he immediately remembered the prediction. It tured out that the woman was born under Taurus, and her family was wealthy. Everything coincided with all that the woman told about herself. Pradyumna shortly explained the lady that she had to be his wife. After that, they began dating and soon got married in the village, in accordance with local traditions

Their romantic story had to pass through hard days. The lovers had to be parted — Charlotte had to return to Sweden. Pradyumna
promised to reunite with her as soon as possible.

The couple was too far from each other for 16 months and wrote letters to each other. Pradyumna understood that he couldn’t live
without his beloved anymore so he decided to act. He sold all his property, but this was not enough for an air ticket. He came up with an
idea to buy a bike for 60 rupees, farewelled with his family and set off with 200 rupees.
He started his travel on January 22, 1977 and it took 5 months. By the time he got to Sweden, he had passed over 9,000 km. But when
he got to there, the immigration office didn’t let him into the country. His story was unbelievable for them, they thought it was too
unusual. But when they called Charlotte, they realized that everything was true, and they let him pass.
Charlotte’s parents decided to break the law that didn’t let the nobal person marry black one, seeing their daughter’s happiness. So the
couple married this time due to Swedish rules.
More than 40 years have passed from their reunion. Pradyumna states that it is still magical for him to find his wonderful pair and be so happy with her. When they are asked about the secret of their love, they say that the most important thing is to be sincere, understand
and respect each other.