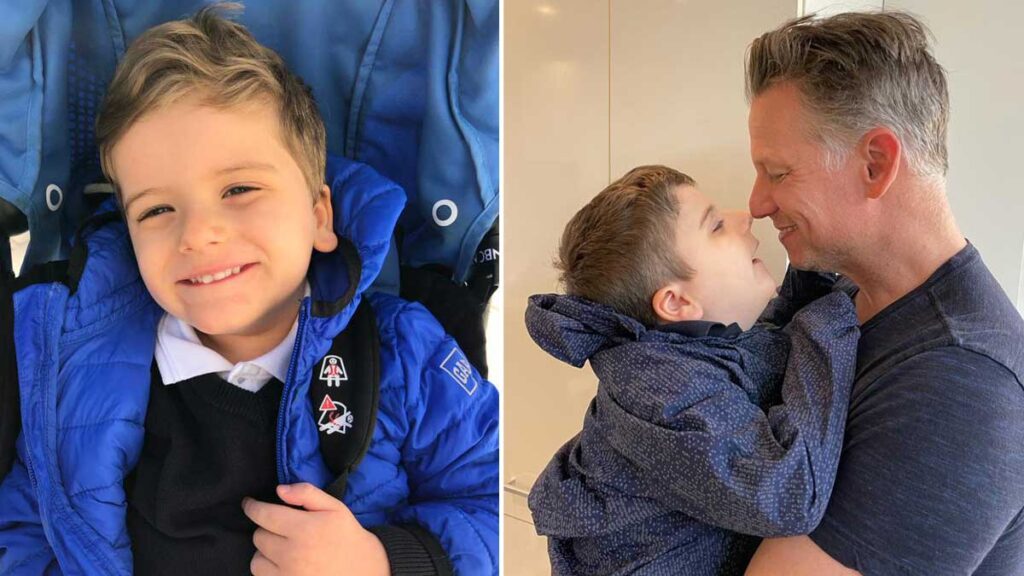 According to a memorial page on the Texas Children’s Hospital website, Henry died on August 9, though Engel only shared the heartbreaking news August 18.

“Our beloved son Henry passed away. He had the softest blue eyes, an easy smile and a contagious giggle. We always surrounded him with love and he returned it, and so much more. Mary and Richard,” he wrote on Twitter.

Engel, who regularly appeared on the TODAY show, shared his son’s condition with the world in 2018.

“It’s raw and painful and very personal, but hopefully other people will see this and feel a little less alone and we will too,” Mary said at the time.

The couple noticed their boy was slow to reach his milestones, and it wasn’t until countless doctor visits that he was diagnosed with Rett syndrome, a rare neurological disorder which there is no cure.

“It can feel very lonely when you go down the street and you see other children behaving normally and knowing that his life and our lives are never going to be like that,” Richard said.

“My wife Mary had been telling Henry I was coming home, but because of his condition it’s hard to know what’s sinking in,” Engel wrote in an essay, “He still struggles with basic things like picking up a ball with both hands.”

“As I was singing good morning to Henry and reconnecting after a long trip away, he looked at me, locked eye-contact and said, clear as any word, ‘dada,’” Engel wrote.

Engel continued sharing regular updates about his son, but it was one earlier this year that caused concern.

“Unfortunately, he’s taken a turn for the worse.”

“His condition progressed and he’s developed dystonia: uncontrolled shaking/ stiffness. He was in the hospital for 6 weeks, but is now home and getting love from brother Theo,” he wrote in May 2022.

In two months time the NBC News correspondent would once again update followers on his son’s journey, this time with sad news.

Condolences have come pouring in for the Engel family, including one from the doctor who treated Henry at Texas Children’s Hospital’s Duncan Neurological Research Institute.

“Henry was special in so many ways. His loving and endearing smile, and the way he connected with his eyes, stole my heart from the time I met him,” Dr. Huda Zoghbi, founding director of the Duncan NRI, said.

“His quiet fight against this terrible disease was incredible. What is most amazing, however, is the impact Henry had on so many of us at the Duncan NRI and on our Rett research. We will continue to push as hard as possible to develop treatments. This is how we will honor his life.”