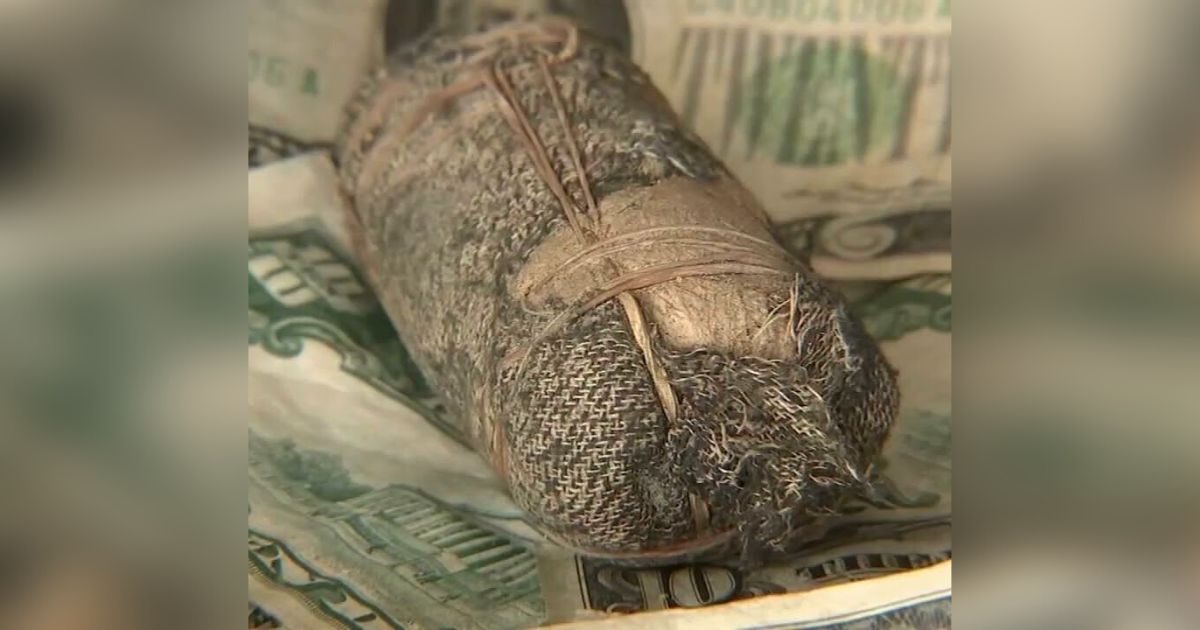 We’ve all seen it in the movies, someone who buries a stash of money during tough times, with hopes of coming back to retrieve it in the future.

Turns out, it happens in real life, which this couple in South Jersey learned first-hand when they dug up money dating back almost 100 years in their front yard.

You’ll have to see this to believe it!

It’s not every day you find a time capsule into the past buried on your property, but that’s exactly what kind of day it was for Rich Gilson and his wife Suzanne when they found something interesting in their front yard this past July.

It started with digging

It all started when the Gilson’ decided to excavate their front yard last month, with no idea that they were about to unearth a piece of history in the form of old money.

They weren’t rootballs.
When Rich looked closer, he realized what he’d initially thought were root balls, was actually money wrapped in burlap

There were two burlap balls with money stuffed inside of them, they had been in a glass jar that had since broken.

In the year 1934, the Great Depression would have been in full swing, which puts into perspective how important something like this would have been to someone back then.

Not to mention, you won’t believe how much that would be in today’s dollars.

When Suzanne Gilson looked up the value of two thousand dollars in 1934, she couldn’t believe her eyes.

It was like this person was burying forty thousand dollars.

But who were they?

Turns out, there was a story behind the money, and the Gilsons managed to uncover that too.

At first, Rich thought it must be tied to some illegal activity from the 1930s’ but soon learned the truth.

James Dempsey
The home was owned by a man named James Dempsey, who had instructed his daughter to bury the money.

It wasn’t the haul from a bank robbery as Rich had first suspected, but actually the money of a hardworking man who just wanted to put something away during the Great Depression.

The only problem, after the family buried it they forgot the money’s location and couldn’t find it.