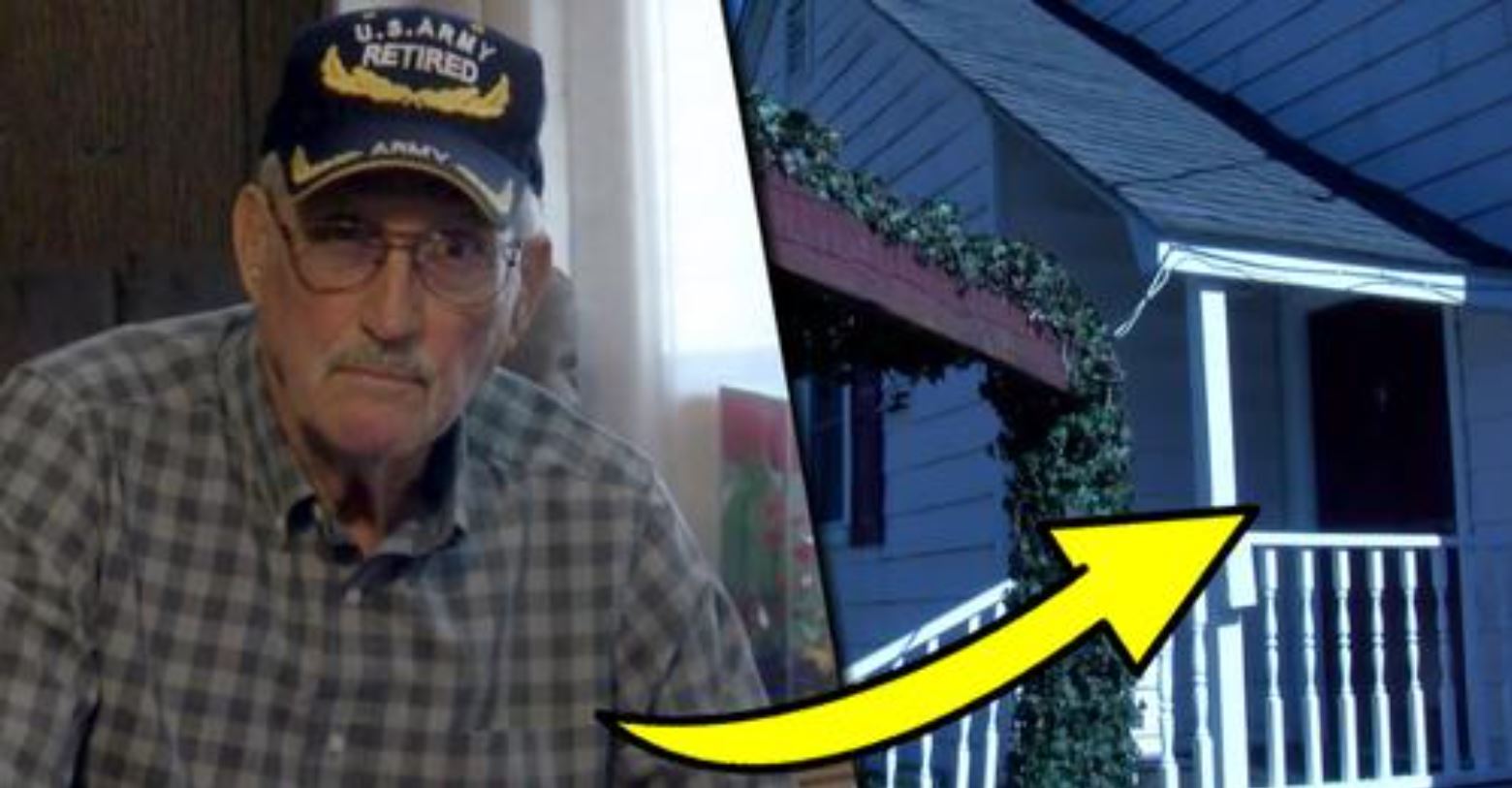 Herbert Parrish, an 82-year-old Vietnam veteran, was home with his wife, 79-year-old Lois Parrish, when the two heard an unexpected knock at the door. When Lois opened the door to their South Carolina home, a man — later identified as 61-year-old Harold Runnels — told her that he was looking for his dog, according to Fox 57. That was far from the truth, however, as Lois and Herbert would quickly find out.

“I opened the door and he said he was looking for his little white chihuahua and wanted to know if I saw it,” Lois recalled. “I told him no, I hadn’t,” she added. That should have been the end of it, but sadly, it wasn’t. Instead, Runnels allegedly forced his way into the Parrish home, brandished a knife, and slashed Lois’ forehead. That’s when Herbert decided it was time to defend himself, his wife, and his property from the armed intruder.

The intruder slashed Lois’s face. (Photo Credit: Screenshot)
As Lois was entangled in the melee with the armed intruder, the Vietnam veteran grabbed a shotgun that was hanging on a nearby wall and took matters into his own hands. Desperate to defend his wife, Herbert repeatedly struck Runnels with the weapon until he fell unconscious. The elderly man admitted that he pummeled Runnels at least 10 times in the face as fear overtook him and he believed it was a matter of life or death, prompting him to hit the suspect “just as hard as I could hit him,” he said.

“I felt, we’re gone. He’s going to kill us and take what he can take. He was not going to go out the door and leave us alive,” Herbert recalled, explaining how he thought he was in a fight for his life. “That’s the way I felt. That’s why I said, ‘I’ve got to do something quick and get the edge on him. Get the advantage on him,” he furthered. And, Herbert definitely got the upper hand.

According to a statement from Aiken County Sheriff’s Office Capt. Eric Abdullah, Herbert Parrish “was able to strike Mr. Runnels enough to the point where he fell to the floor still being conscious but unresponsive.” When authorities arrived at the scene, they found Runnels unresponsive on the floor, and he was taken to a nearby medical center.

However, it was too late. The armed intruder succumbed to his injuries, having been bludgeoned to death with the shotgun, but his demise hasn’t strummed up any sympathy. Instead, most seem to believe he got exactly what he deserved after making the grave error of choosing the Parrish home and picking the elderly couple as his potential victims.

“This street is normally not that crazy or anything, and we all know each other and everything,” neighbor Jessica Clark explained. “I never would have expected it to happen here. And, so, I kinda feel like it puts a stain on this neighborhood in a way,” she added. “[W]hen I heard they were able to fend off the suspect, I was so proud of them, and I was like, ‘OK, so that guy picked the wrong house.’”

The sheriff’s department seemed to agree. “[F]olks have the right to defend themselves if their lives are in danger,” Capt. Abdullah said, according to The Blaze, before adding, “but the best thing to do is call for help.” He quickly interjected and seemed to suggest that that’s not always going to be feasible, however, saying, “Every situation is going to be different.”

Abdullah continued, “It may be a similar crime in nature, but every situation is going to be different. There’s no way to accurately predict exactly what actions that any person should take if somebody is trying to invade their home. The best recourse is to think smartly and get help on the way.”