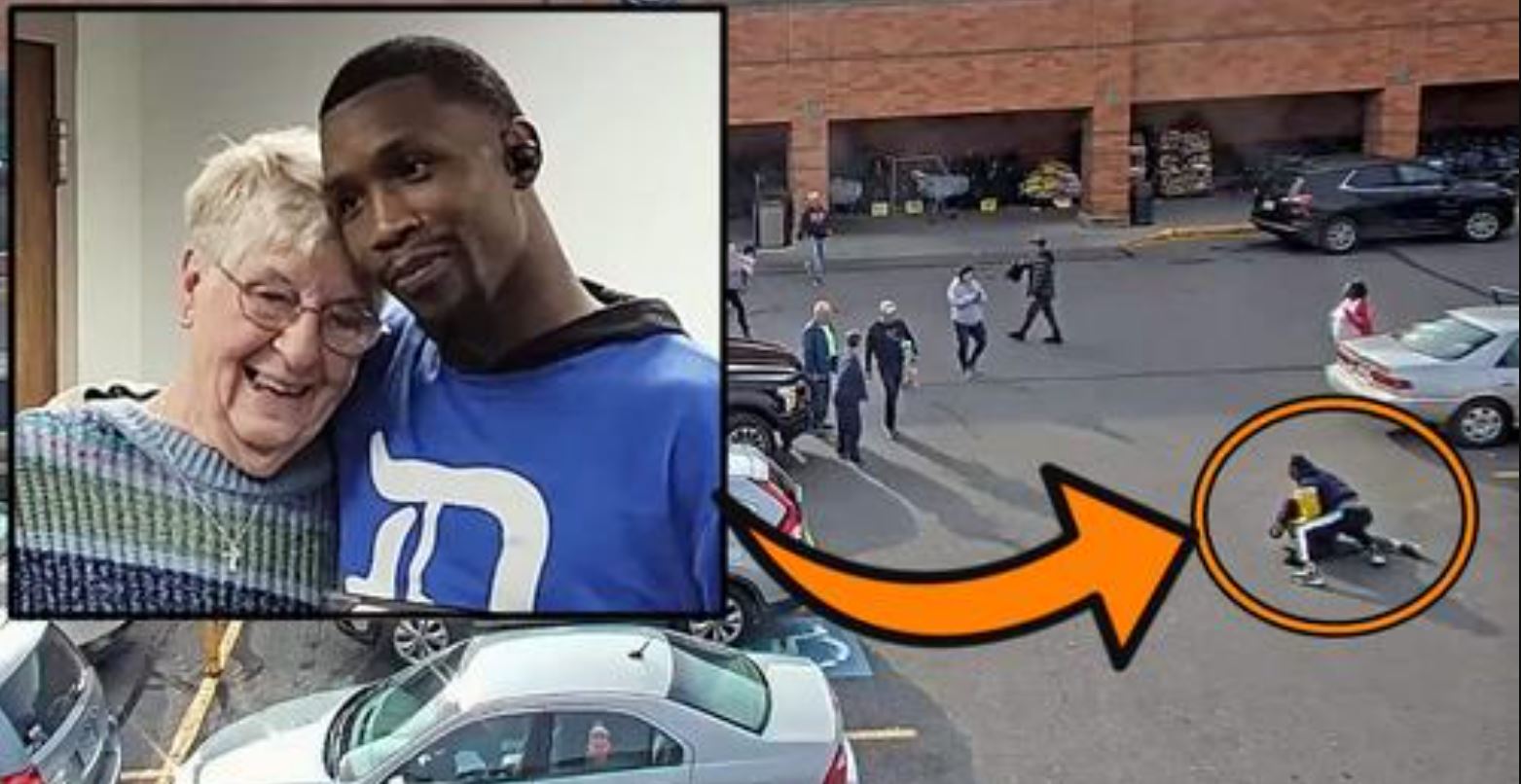 An elderly woman was checking out at a grocery store when a thief suddenly snatched her purse and ran. However, before he could get away, the woman’s “hero” came out of nowhere and delivered justice.

While shopping at a Kroger in Lemon Township, 87-year-old Pat Goins struck up a conversation with a young father, Fox News reports. Goins chatted with the man about his adorable 1-year-old daughter before heading to the checkout lane. Just then, the store was flooded with screams for help.

A man had grabbed Goins’ purse and headed toward the exit as she cried out in panic. Suddenly, a hero appeared out of nowhere, turning the tables on the brazen thief. That hero was Deshawn Pressley, the same young man Goins had been talking with just moments earlier.

“I heard her screaming and yelling … it was the yell that I need help,” Pressley said. “And I just turned around and did what I needed to do as a citizen.”

Security footage captured Pressley chasing after the suspect, who police identified as 58-year-old Derek Vauhn, through the exit and into the parking lot. Pressley effortlessly caught up to the man, grabbing him by the jacket and throwing him to the ground.

The video shows Pressley tackling the thief to the pavement, struggling with him as the hero gets back on his feet. Pressley then delivers multiple blows to the suspect in order to keep the suspect at bay until the police arrived. Despite the thief’s attempts, he is unable to escape his captor’s clutches and ultimately gives up.

Sheriff Richard Jones says that when they arrived at the scene, the suspect seemed relieved that the officers were taking him off Pressley’s hands. He was arrested and charged with felony robbery and theft.

Due to his uncommon act of valor, Pressley was honored by the Butler County Sheriff’s Office and given a Citizen’s Award for making a citizen’s arrest, WPDE reports. Goins is exceedingly grateful to have her purse back, and she says that Pressley is nothing short of her hero.

“I just turned around and did what I had to do as a citizen and I’m glad I helped her because she’s a wonderful, lovely lady and I just love helping people, especially older women,” he said.

Pressley says he wasn’t about to let someone abuse an elderly woman, especially since he was raised by his own grandmother after his mother died when he was still young.

Goins says the incident has forever bonded her with Pressley. In fact, she bragged to reporters, “And we’ve got a dinner date!” Additionally, the pair plan to remain in contact with one another.

Deshawn Pressley has rightfully been hailed as a hero in his hometown, and Pat Goins can’t help but gush over the young man who risked his own safety to defend her and her property. Incredibly, the young father doesn’t think of his action as anything special but simply sees it as the right thing to do.

While the sheriff’s department doesn’t encourage citizens to put themselves at risk in order to perform a courageous feat, they had to admit that Pressley is nothing short of a hero. We can only hope that more brave men like him rise up whenever evil presents itself.